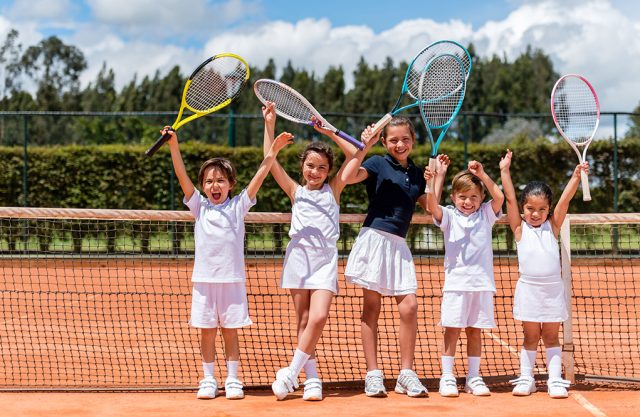 Wow! What a time in the world of tennis. I am a big news-talk radio guy and during my bike ride one morning, the sports report mentioned breaking news in the world of tennis. The last time there was a tennis report on this station, Maria Sharapova was suspended from tennis. My heart stopped with what it could be. It was reported that Roger Federer, the 17-time Grand Slam singles champion, is pulling out of the remaining events in 2016 because of constant knee problems. I knew that the great Fed was close to the end of a great career, but to hear the news shocked me. Federer had to pull out of this year’s French Open because of injury, and he never looked down during a semi final run at the 2016 Wimbledon.

This made me think of what makes Federer so special. He does have an awesome ability, and he has every shot in the game, but what kept coming back to me was the important element in anything anyone does well — joy! When I watch Roger playing, talking and representing the game, I think of a competitor who plays with pure enjoyment. Do we take that for granted in our own approaches?

When I work with junior players, it is my first line of evaluation. Does the kid play this game with joy, or is there torture at every miss? I find that tennis is a very tough game to play. There are so many mental hurdles and there is endless pressure, but Roger always seems to be in a good place emotionally.

At the end of the day, tennis, to me, is the game of joy. I find that I am at my very best on the court playing, teaching and even watching. I often feel bad for the players who I see playing in such torment; they never fully understand that the losing and the missing is part of the winning and the winners. I hate losing, but I like competing more than I like winning.

I sure do hope that we see a healthy Federer in 2017, so that we can see the great one play just a little longer with a lot of tennis joy.

On a personal note, I am told that this is now 20 years of doing the Jensen Zone for you. That is crazy! I am in love with tennis in Georgia. The first pro tournament I went to see was in Atlanta on a family vacation to watch my Uncle Don in Marietta. This was in the ’70s, and Stan Smith and Dennis Ralston gave my brother, Murphy, and me a tennis clinic. All these years later, I continue to love the American Southern charm, character and values of Georgia. I have made my home here, with family members all over the state. It has been a blessing to be part of your tennis community for all these years.