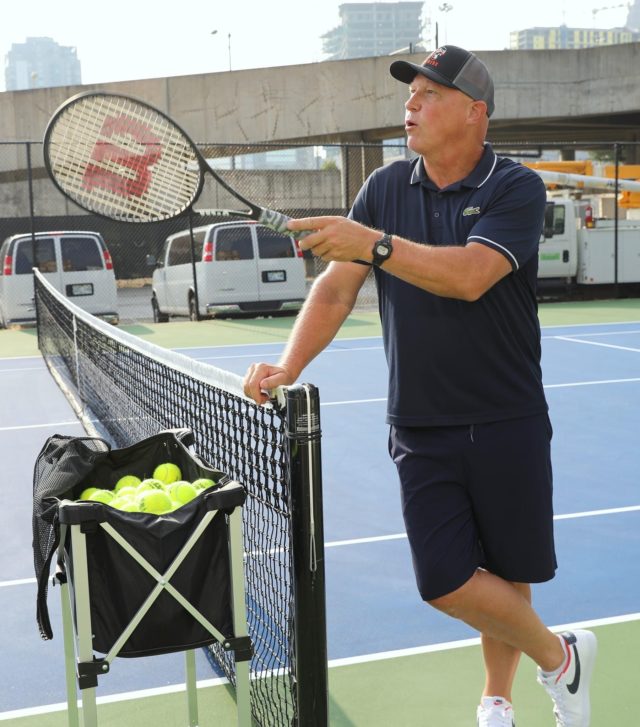 Tennis has a way of bringing out the best in people. It also has a way of bringing families together and creating friendships that last a lifetime. This is never more apparent than in Atlanta, a place many refer to as the “recreational tennis capital of the world.” Former French Open Champion and current Net News columnist Luke Jensen would agree. He calls Atlanta “the brightest star in tennis.” From icy Michigan to balmy California, to countless destinations around the globe and finally back to Atlanta, Luke has come full circle through his travels because of this great sport.

Make no mistake. The road for Luke — along with his younger brother, Murphy, and his twin sisters, Rachel and Rebecca — was not easy. Luke gives credit to his mom for “figuring it out” when it came to how to make competitive tennis a part of their lives. Growing up in Michigan, Luke’s father, a former New York Giants football player, was a high school football coach, and his mother, Patricia, coached gymnastics. So, sports obviously were a big part of the Jensen family. Luke first picked up a racquet when he was five years old, and shortly thereafter, all four siblings were entrenched in the game.

“Here you have four kids from nowhere in a sport that we know nothing about,” Luke recalls. “[Mom] was so significant. She was the heartbeat of everything we did.” Patricia has great memories of doing everything she could for her children to achieve top results, and it paid off. All four became professional tennis players. “I drove over 90,000 miles one summer to get everyone where they needed to be for their national tournaments,” Patricia remembers.

Luke has vivid memories of working on his game as a junior and being able to watch some of the most prestigious tennis events around the country. As a young teenager, he remembers tennis commentator Bud Collins describing the action as Bjorn Borg defended his title against Roscoe Tanner in a five-set thriller at Wimbledon. That moment helped chart a course on which Luke never dreamed could actually happen. “I decided this is what I want to do. I set my true north and decided to focus on tennis and asked myself, ‘how do I get to the next level’?”

That next level would lead him to far-off destinations, including the Nick Bolletieri academy in Europe. Later, he would take in the culture of France, Belgium, and Germany as he continued to improve his tennis game. He met some of his tennis heroes along the way, including Arthur Ashe, Chris Evert, Billie Jean King, and John McEnroe. “It seemed like such a cool lifestyle,” says Luke, so he continued to work. As a junior, he reached No. 1 in the world in both singles and doubles in 1984. Luke then went on to win the French Open Junior Doubles title with Patrick McEnroe that same year.

Luke decided to give college tennis a try as he continued to hone his craft. He attended the University of Southern California (USC) from 1986-87, earning singles All-American honors both years and garnering the same in doubles in 1987. But he soon realized it was time to try his “hands” at the ultimate level. Luke turned pro in 1987 and demonstrated that he belonged, lifting an impressive 10 ATP doubles title trophies during his career. He even mastered the art of ambidextrous serving at the height of his career, reaching 130 mph with both hands, and thus, earning the nickname “Dual Hand Luke.”

Meanwhile, Murphy, his younger brother, was working hard and performed well at USC and the University of Georgia before turning pro. There was never any doubt Luke and Murphy would play doubles together. At first, they went several frustrating months accumulating nothing but first-round losses. Luke’s colleagues told him he was destroying his career. His response was classic Luke: “If I have to go to the South Pole to play, I will always play with my brother,” he bristled. It’s that consistent “family first” decision that resulted in their grand slam French Open title in 1993. They continue to be best friends and participate in fund-raising exhibitions and clinics throughout the country.

While the brothers Jensen were touring the world, Patricia moved the family to Atlanta. Twins Rebecca and Rachel were welcomed at Sugar Creek Tennis Center, before eventually joining the WTA tour. Luke says there is something about Atlanta that just says…welcome. “Life is about relationships. We can build great relationships through the great game of tennis,” he says.

That, along with his contributions to Net News for which he has been writing for 26 years, has allowed Luke to stay in touch with the Atlanta tennis community. He has a treasure trove of stories gleaned from opportunities that so many never get. That includes first-hand looks and interactions with some of your favorite tennis stars. “Luke has been a class act over the years. His enthusiasm and energy are so contagious, and I think the ALTA membership feels it too,” says Net News publisher John Hanna. Many ALTA members have offered feedback about how much they enjoy reading the “Jensen Zone.”

When he is not contributing to this publication, Luke works for ESPN, and you can see him covering the Australian Open, Wimbledon, and the U.S. Open. Tennis has been great to the entire Jensen family, and they have gratefully returned the favor. Luke certainly does his part as he continually gives back to the sport by inspiring thousands of kids through tennis clinics. He generously shares his insights and love for the game and believes we are among some of the most fortunate tennis players in the world to be in Atlanta. 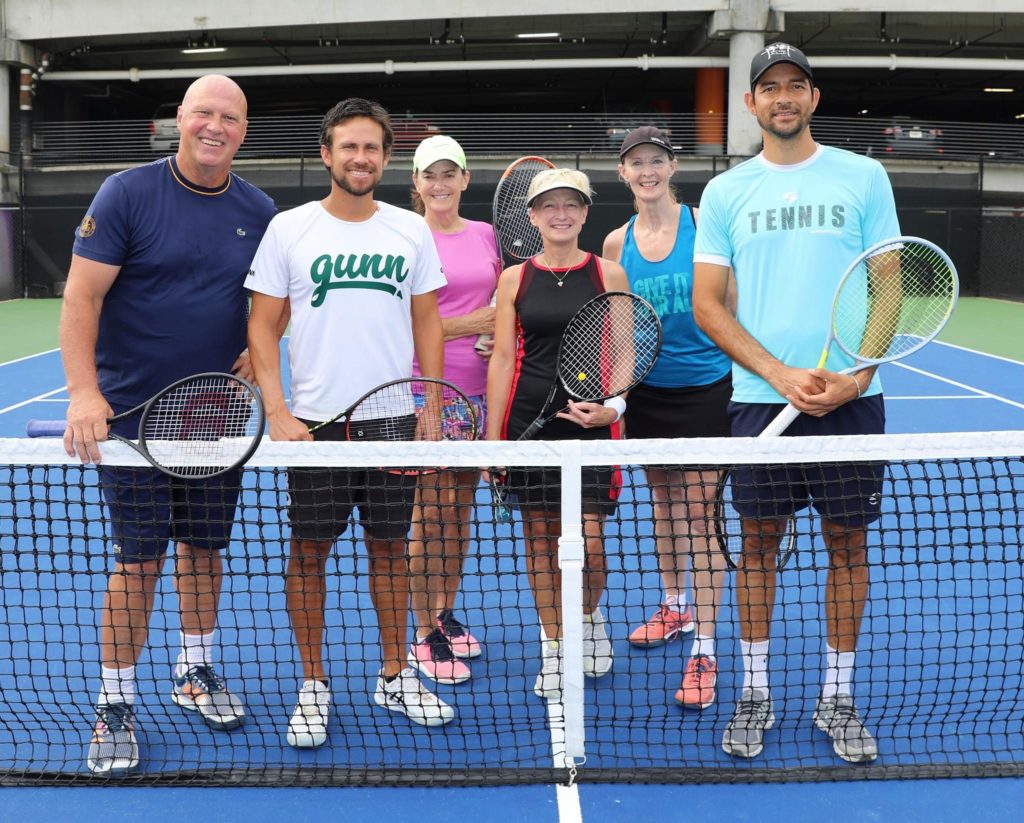