You see the signs and storefronts across our great city. From Buckhead to East Cobb, Johns Creek and most recently in Woodstock, Your Serve Tennis has been a cornerstone for tennis players across Atlanta since 1976.

Your Serve Tennis is the largest specialty store in the country in terms of the number of locations. There are 10 stores in operation, including the most recent, an outlet store, which just opened in Woodstock. The stores stock everything you could possibly need from racquets, shoes, clothing, and gifts, but this didn’t happen overnight. It has been a long but gratifying journey for the father/son team of Dale and Adam Queen, who own and operate Your Serve Tennis.

It all started in Dale’s garage. He had been working for Dunlop and soon realized there was a great need for someone who could string tennis racquets. Back in the 1970’s, people still played with wooden racquets, and you could usually find them only in a department store. Imagine having your racquet shipped off for stringing and waiting days for it to be returned. Dale’s stringing business picked up steam, and at the young age of 19, he opened his first store, Your Serve Racquet Shop in the Northwoods Plaza in Doraville.

“I trained every stringer for years. I am proud to have my second employee, Randy Bagley, still a vital part of our organization,” says Dale. Bagley says his job at Your Serve has never felt like work. He used to hang out at the store and would play tennis with Dale, who he says has been a great friend and more like a brother for about 46 years. During the last 17 years, he has watched Dale’s son, Adam, help run the day-to-day operations. “With both Dale and Adam, I still feel like a part of their family,” Bagley said. “The job itself has been extremely rewarding in that a great number of people who come into the stores are not only customers; they have become friends over the years.”

It’s that face-to-face interaction that has made the difference in Your Serve’s success. “In Atlanta, over 200 different storefronts that sold tennis merchandise have closed since Your Serve Tennis opened,” Dale said. “We have stood strong through the era of mail order and the surge of internet retailers.”

That direct customer connection also is a priority for Adam. He says since the beginning, Your Serve Tennis has had the long-term focus of helping the Atlanta tennis community. “We are Atlanta’s neighborhood tennis store, and our focus is to work face-to-face with customers and help them find the right racquet, shoes, strings, and accessories to help them play their best,” says Adam. Both he and Dale maintain this could not be done without the work of their amazing staff. “We would not be where we are without having great people on our team,” Dale says. “Keeping a high level of customer service and having great employees over the years have been key to our success.”

One other key to their success was the big tennis and building boom in the 70’s and 80’s, which resulted in the construction of swim and tennis neighborhoods throughout metro Atlanta. Public courts in parks also emerged throughout the city. “Tennis became very accessible to those looking to just try it out,” says Adam. He also says ALTA created a transition for those players to jump from just a casual player into a full-on tennis player. “The combination of the social aspect of ALTA and the natural competition and exercise that are part of playing tennis make it an amazing sport of a lifetime.”

The Atlanta tennis scene is bigger and more vibrant than any city in the country. To achieve that required many passionate and dedicated people from all walks of life who came together within the shared love of this “sport of a lifetime.” The contributions from Your Serve Tennis continue to be vital to that cause and serve as the nearly 50-year legacy for the Queen family and their employees. 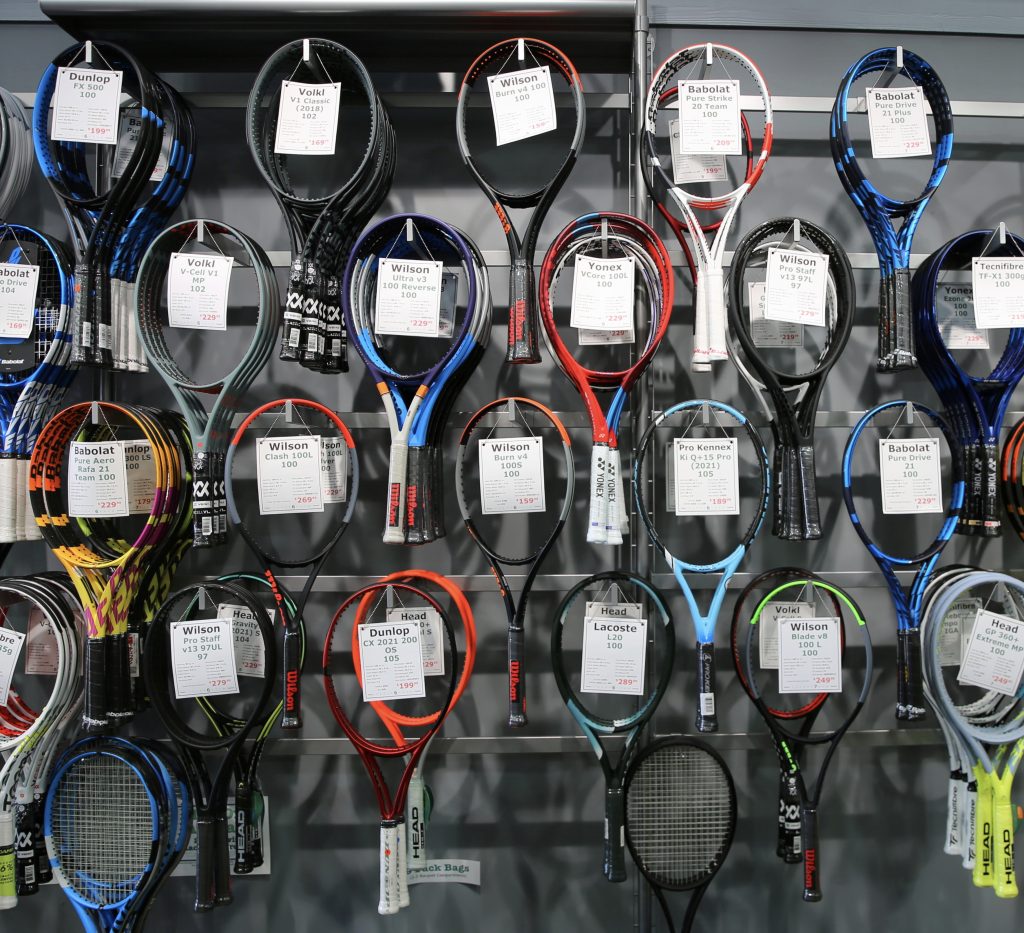 1976    First store opened in Doraville as Your Serve Racquet Shop. Dale was 19.

1986    Third store opened in Norcross (in this location for 29 years) and rebranded to Your Serve Tennis & Fitness.

Mid-90s   Rebranded to Your Serve Tennis.