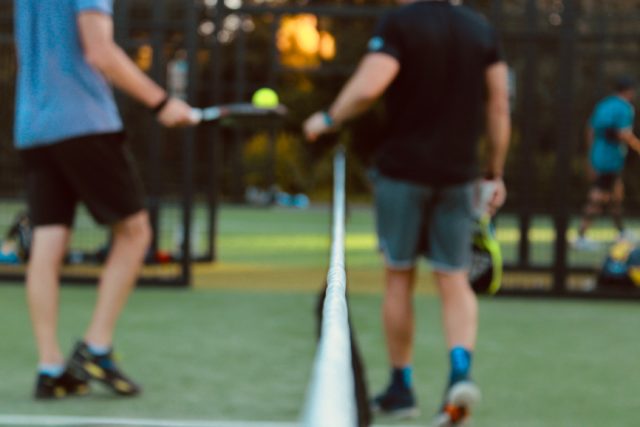 Alta has over 7O,OOO players throughout the year, and amongst those one might find several humorous stereotypical court conquerors. Which one is on your team? Which one is your doubles partner? None of these could be you, … right?

SANDBAGGER SAMMY: Sammy used to play “A,” years ago, but discovered if he took a few seasons off and came back at C2, he won a whole lot more. He usually wears a T-shirt that says, “If I can’t win, I don’t want to play.” 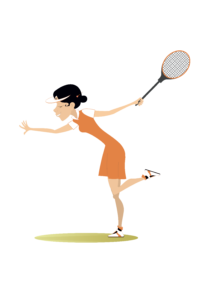 BEAUTIFUL BARBARA: Barbara is out there to look good, not necessarily to win. Her hair and make-up are perfect, and she seldom wears the same outfit twice. She brings the banana pudding to home matches. She gets a new racquet every six months. She doesn’t win a lot, but that’s not what the game is about!

POACHING PATRICIA: Patricia likes to fly across the net at every opportunity and blast volleys at opposing net players. She gets particular glee if she hits one in the head. When opponents get furious with her, she justifies it by explaining it is “high-percentage net play” and blames the tactic on her coach. 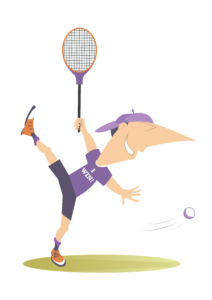 ANGRY AUSTIN: Austin had a tough week at work/home, so watch out; he’s going to take it out on you! When asked why he’s so angry, he says, “Those so and so’s are out to get me!” His favorite maneuver is the “full court chuck” (throwing his racquet the full length of the court) after double faulting on set point.

FINICKY FRANCINE: Francine must have everything perfect: The weather, her racquet, her strings, the balls. She can only play with certain partners, and only then can she win. She is responsible for many a gray hair on many a captain’s head.

ANCIENT AGNES: Agnes was City Champion at A3 back in the ‘90’s, but time has taken its toll. She sports two knee braces and an elbow brace, and has had a hip replacement, but this does not prevent her from devouring 37-year-old beginners in the C8 division.