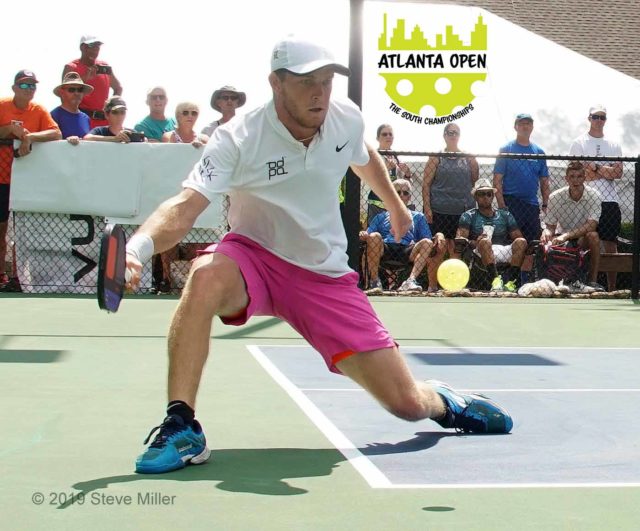 The 2019 Atlanta Open South Championship was quite the success this year, as more than 700 players came to our fair city to compete and showcase their pickleball finesse.

The tournament was hosted by Windward Lake Club, which was able to provide 32 courts for the players. The USAPA Tier 2 Sanctioned Tournament (National Qualifier) featured people of all ages and skill levels, including pros and senior pros, and players who ranged in age from 14 to 85.

The tournament kicked off with the singles competition on Friday, May 31, followed by the doubles on Saturday, and wrapped up on Sunday, June 2, with the mixed doubles. Chris Wolfe and Chad Cromwell, who ran the tournament and head the Atlanta Pickleball Association, say they are pleased with this year’s event and are planning for a bigger and better tournament with close to 1,000 players in 2020.