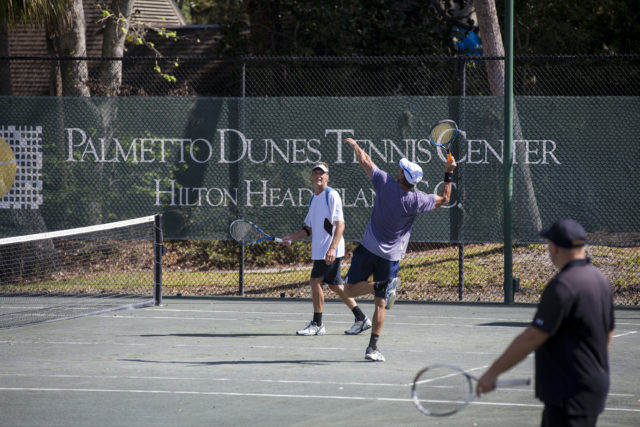 The Palmetto Dunes Tennis & Pickleball Center will serve as the site for the grand debut of the Association of Pickleball Professionals (APP) Tour, the first pickleball tour for professionals and amateurs.

The new tour will make its debut at the Hilton Head Pickleball Open from March 19-22. This inaugural event will take place at the Palmetto Dunes Tennis & Pickleball Center, with 24 dedicated pickleball courts, and will include a $25,000 purse for the professionals. The amateur events will be divided by age and skill, 19+, 35+, 50+, and 60+.

Tournament registration is $65 — which includes a goodie bag with a Dri-Fit event T-shirt and a program guide — and will conclude on March 5. A player’s age will be considered as of Dec. 31, 2020 and the minimum age for the tournament competition is 10 years old. Sign up at pickleballtournaments.com.

The inaugural APP event will be hosted by highly ranked professionals Sarah Ansboury and Steve Deakin. Ansboury serves as the Palmetto Dunes Pickleball Touring Professional and Director of Pickleball Instruction. A nationally ranked tennis player, she has been a pioneer in the pickleball explosion of the last few years. She discovered pickleball in 2014 and was instantly hooked.

Deakin began his career in late 2017, also transitioning to pickleball from tennis, where he was a former ATP ranked player, 12-time Canadian National Champion, and a member of Canada’s Senior World Team.