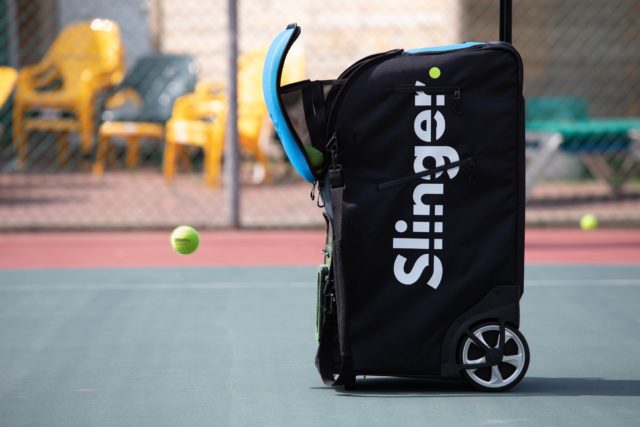 Slinger Bag announced in August that the company reached an aggregate of $1 million in orders taken during the first 90 days of its inaugural brand campaign.

The bag enables tennis players to practice their game at any time whether that be at their local club, local park, on their driveways, or in any other open space. Slinger is wheeled like carry-on luggage and easily transported in the trunk of a car. Players can start launching balls within minutes, controlling the launch speed and frequency of the balls using two customizable dials. Slinger Bag is lightweight at 33 lbs. and multi-functional, holding racquets and other gear, 72 tennis balls, and it has pockets for storing wallets, keys, towel and a water bottle.

“We are delighted that Slinger is resonating with U.S. tennis consumers, especially during these incredibly unusual times,” says CEO Mike Ballardie. “The overwhelming positive reaction we consistently see and hear from Slinger users means we have succeeded in our objective to bring to market the most versatile, transportable, and affordable ball launcher.”