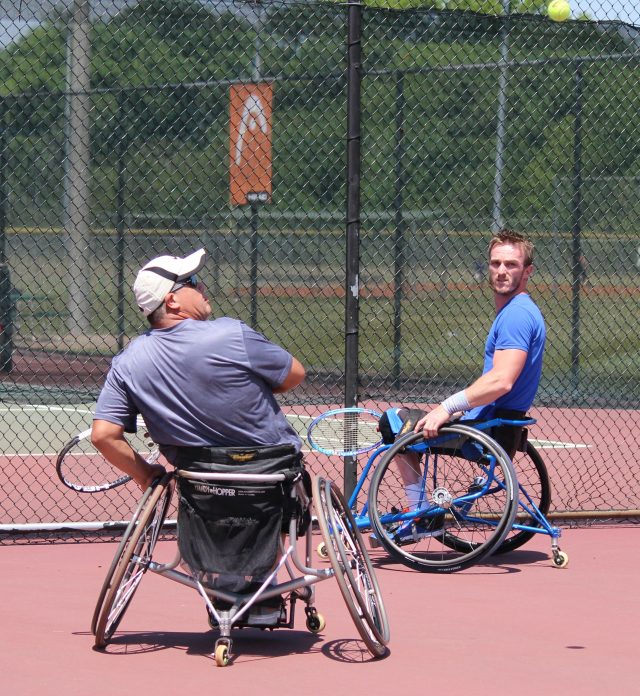 Wheelchair athletes from all over the United States descended on McDonough this spring for the multiday America Wheelchair Tournament at Richard Craig Park.

More than 70 athletes, including 20 from Georgia, competed in the annual USTA tournament, which is also supported by a grant from The ALTA Foundation. The foundation has been a sponsor since 2009.

The tennis tournament, one of the largest for wheelchair players, was previously part of the annual Geranium Festival in McDonough.