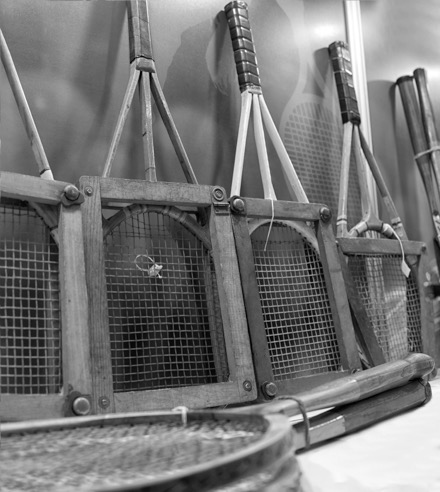 As I write, a long day on the courts is turning to a picturesque sunset. I’m in a setting that reminds you of a time in the game of tennis when wood racquets and traditional tennis attire reigned. This facility’s 39 courts include grass, green and European red clay, American hard courts, plus turf courts that dry fast after a downpour. The centerpiece is a 13,000-seat coliseum of legendary tennis battles of sunsets long ago. Ashe won here in ‘68. The Beatles landed by helicopter on Grass Court 2 and Beatlemania rocked the stadium. Billie Jean King won here and began her crusade for equal prize money. It is all here and so much more in Forest Hills, New York, at the West Side Tennis Club.

I’ve been writing to you for many years now, and we have traveled the tennis globe from event to event – from the Grand Slam finals to tennis promotional events in Grand Central Station. It seems like we have been on this amazing tennis journey. Well, Jensen Zoners, our new home for “Rock ‘n’ Roll Tennis” is The West Side Tennis Club.

Opportunities to be part of such a significant historical soul of our game rarely happen. But timing is everything in this life, and like a winner on match point, you have to strike the ball at the right time to hit the target. If you have followed me through the years, I often talk about the history of our game. The powerful energy of tennis history is all over this tennis club. The entrance, locker rooms and legendary courts at West Side Tennis Club speak to your tennis spirit in a way that perhaps only visitors to the All England Club would understand.

As the new director of racquet sports at the West Side Tennis Club, my mission is to serve the membership and create extraordinary outcomes for generations to come. In the same day, I can teach the A team ladies who play in the north shore league and then head over to the red clay courts to make sure the state-of-the-art, underground watering system is tweaked just right for the current weather.

I could follow that with a little tennis mixer on the grass courts for a couple of hours before I’m off to the stadium where I check on preparations for the summer concert series. Concert days rock! As a member, you can be playing tennis around 3 p.m. while music legends such as Bob Dylan or Willie Nelson are doing a sound check!

I lock in with the juniors after school from 3 to 8 p.m. and wow … I am exhausted! I haven’t even talked about the Rock ‘n’ Roll Summer Tennis Camp. That goes all day and includes arts and crafts and swimming in the Olympic-size pool.

I’m telling you, I feel so honored to be part of a place where tradition meets tomorrow in our game. If you are ever around NYC, call me at the WSTC tennis desk. Let me show you around. Let’s play Forest Hills!

How Did You And Your Game Come Out Of Lockdown? 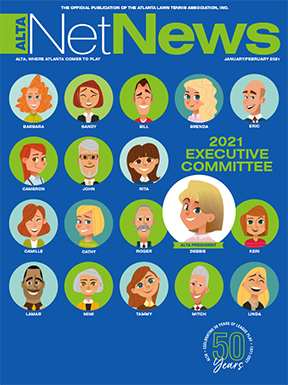