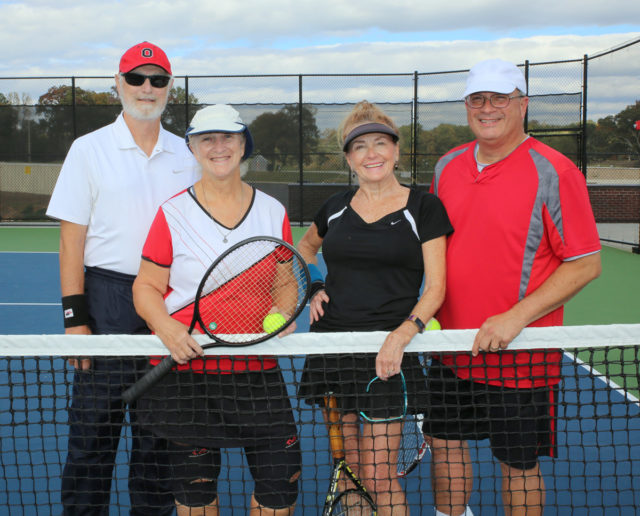 As our population continues to age, you might be looking for something a little different when considering joining an ALTA league. ALTA members may join a Senior Mixed team any time during the year of their 45th birthday. Senior Mixed is like no other league, with the unique format of one Men’s Doubles line, one Women’s Doubles line two Mixed Doubles lines. League play is Saturday mornings at 10 a.m. in January and February, with City Finals on March 2.

One thing to remember is it’s only played in the winter. As with all ALTA adult leagues, there is an option of a third-set tiebreak in lieu of a full third set during regular season play. You do not have to decide ahead of time to use the tiebreak feature. If a team splits sets, you can decide then whether to play the full third set or play a “super” tiebreak, which is the first team to 10 points, winning by two. It should be entered as 1-0 on the ALTA scorecard. You do have to have agreement among all four players; otherwise, you have to play the full third set. (This can come in handy on cold winter days if your favorite NFL team is in the playoffs and you don’t want to miss the game.) If your ALTA team advances to the playoffs, you will have to play the best of three full sets.

Also, during playoffs, teams play in reverse order of the regular season. Lines 1 and 2 Mixed Doubles play first, followed by the Women’s Doubles line and lastly the Men’s Doubles line. If there is a tie at 2-2, the last team on the court plays a “super tiebreak.”

Senior Mixed is a great way to play with friends at all levels, and as it continues to grow, that should mean less travel for matches. So, every fall, remember to work on getting a team together, since the roster deadline is October 19.