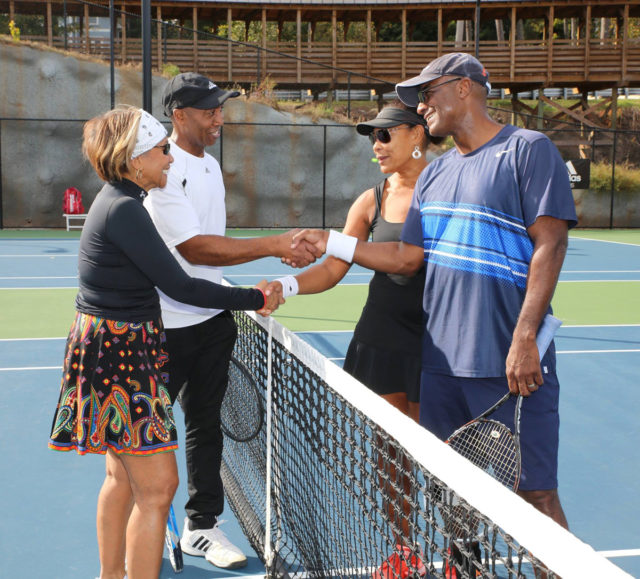 “Something is wrong with ALTA! I play on a B5 team, and the lady we played against today is an AA3 player. How could this happen?”

This is a common question I get every season, so, let me explain to you why this might happen. Mixed Doubles leveling is done quite differently from all of the other leagues, and for many reasons. We have both men and women on a single team, and we are trying to level individual teams to hopefully be evenly matched within the respective levels.

To begin, the computer system will look at a roster and first determine which members are returning. ALL returning members are rated using the previous season’s “final level.” This final level has considered of wins versus losses, whether or not you were a Division Winner, City Finalist, and/or City Winner. A returning roster consists of at least six returning members, of which, at least three are men and three are women. (A team with six returning women and one returning man would be considered a “new” team.) If no returning team is identified, all roster members will use their ratings for team placement.

Then, the system will take the five highest-level men and the five highest ladies; that average of those levels determines where the team should be leveled. The system compares and then uses the higher of the returning team rating or the top 10 players for the team’s preliminary placement.

Nowhere does the system use a mixed level for an added roster member unless they only have a mixed rating (only play mixed ALTA). Players returning to their mixed team as an add after the captain’s meeting will use their Mixed Doubles rating.

If you are a “new” team, no players will have a previous, mixed-level rating and consequently, only their Men’s and Women’s levels will be used (unless they only play mixed).

So, you still may be wondering how that AA player is on your opposing team. Well, there are two ways that can happen. One, the player was added to the roster, and that one addition was not enough to move the team to a higher level. However, the more likely scenario is that team member has been a member of this mixed team for many seasons and is being “rated” as a returning member. Therefore, that person carries the prior season’s mixed level and not the higher-level Men’s or Women’s rating.