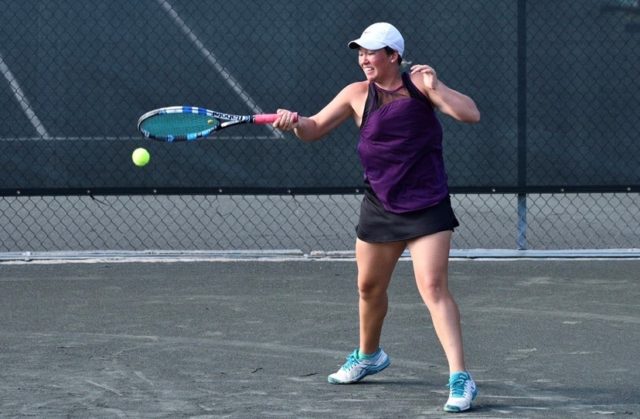 Just as COVID-19 shut down activities throughout the Atlanta area, it also meant that many seniors missed out on some milestones such as graduation ceremonies, relatives’ weddings, and other summer events. This includes the Truist Atlanta Open, which is always enjoyed by ALTA members, both young and old. Players on the Junior Challenge Ladder (JCL) usually enjoy a full day at the tournament, but that didn’t happen this year. Many seniors are trying to take that in stride, as they look to better days in their future. Meet these JCL seniors who reflect on their accomplishments and their ALTA experiences. 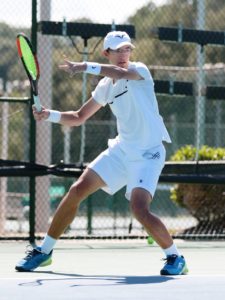 Crouch began playing tennis as a “kid” and then began tournament play in ninth grade. He attended William and Reed Academy in Johns Creek where his team won the AAA State Championships three years in a row. He trains at Nspire tennis with Na’im Azhar, a former ATP player from Colombia. Crouch played Junior ALTA for six seasons at Glen Abbey, Lifetime Tennis, and Fox Creek and also played in the JCL for five years. He is passing the JCL torch to his younger sister, Cali, who will be playing in the ladder for her first season in 2020.

When asked what advice he would give a younger player, Crouch said, “Listen to your coach, and be 15 minutes early for practice.” He added, “Tennis has taught me discipline and allowed me to meet so many different people.”

Crouch credits his father for all of the help and support on and off the court. “He is always there when I need him, and I wouldn’t be where I am today without his support,” said Crouch, who is committed to play for Coach John Hirte at Covenant College in Lookout Mountain, Georgia. When asked about his favorite memory of being in the JCL, he said, “It isn’t flashy, but I still remember one random night in November 2018. The ladies who run the ladder put together a small event, and we had a ton of fun playing doubles and just hanging out.” 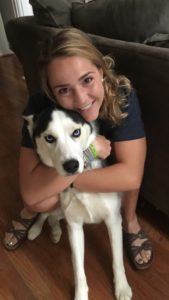 Mascagni played four consecutive years in the ALTA Junior Challenge Ladder. She started playing tennis at an early age with her brother, being introduced to the sport by their father. For the past six years, she has trained with former WTA professional Edina Gallovits-Hall of Romania. When asked about the JCL, Mascagni says the ladder was a great way for her to get high-level match play in a fun environment and to meet new players. “Participation in tennis ‘takes a village’ as my mom would say.”

On advice to younger players, she says, “Just have fun and enjoy the ride. Tennis, in a way, is a metaphor for life; you will have both highs and lows, just do not give up.” Mascagni gives credit to tennis as a way to teach her about hard work, patience, self-control, and commitment. She is planning to attend Berry College in the fall and play collegiate tennis. She says, “I am grateful to all the individuals behind the scenes who make the JCL such a fun and successful program.” 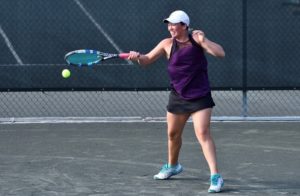 Chalker started playing tennis at age 10, and her first Alta teams were based out of Laurel Park Tennis Center. She played for two years on the ALTA JCL, and now she qualifies to play as an adult and currently plays on a women’s team and a Mixed Doubles team at Marietta Country Club. She trains at ACE Tennis Academy in Peachtree Corners.

Chalker says that her parents have been her biggest influences on and off the court. “They instilled in me from a young age that if I’m going to do anything, I need to do it to the best of my ability, which has greatly helped me in tennis and in life in general,” she said.

For younger players, she would tell them to always keep it fun. “It doesn’t matter how good you get if you’re not having fun while playing,” says Chalker. She believes tennis taught her valuable life lessons, such as how to be a leader and how to hold herself accountable. “It has also given me a community,” she said.

Chalker will attend Washington and Lee University to play tennis. She also aspires to go to law school. She says, “My best memories of the JCL were the round robins. It was always so much fun to get to spend time with the girls and play doubles with them.”