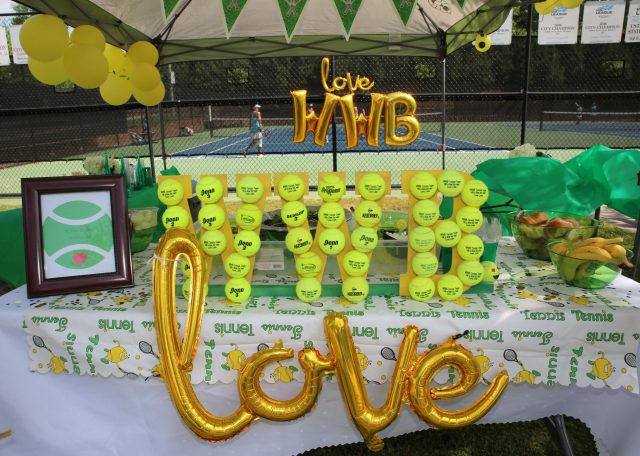 ALTA members play tennis for many different reasons. Some play for the social aspects, including the opportunity to make new friends; some play for exercise; and some play because they like competition. Our leagues are set up to accommodate all level of players. Regardless of your playing ability or why you play, there is a team for you. If you are on the fence about playing tennis this season, I’d like to share some comments that I received from players last season about the experiences they had playing ALTA:

I always thought tennis might be something I could do to get good exercise, have some fun, and meet new women to enjoy the day. Thus, I became an ALTA member in 1996 at the age of 43. …To my surprise, I finally have met the kindest group of women on and off of the court. I feel so blessed. They welcomed me, introduced themselves at practice, invited me to join them for lunch afterwards, etc. While watching at the matches, I could not believe how much they complimented the opposing teams on good shots, how much they could not stop smiling, and played their best without pressure on each other to perform and actually enjoyed playing tennis! Finally, for the first time, I felt like I could actually have the opportunity to learn and play tennis without so much pressure to be better than I am … a beginner. Life certainly brings many difficult challenges, but tennis does not have to be one of them. Thus, this group has helped me more than they will ever know. I am already looking forward to next season!

Another ALTA player wrote me after one of the first matches of the season:

Hi, I am sure you get a lot of complaints about teams, but I just wanted to write and let you know we encountered the nicest group of ladies this morning. It was a home match for my team, and I got to the courts at 8:55 to set up our snack table. The other team had gotten there before me, and all of them came to my car and offered to help me bring the food, drinks and ice, and even my tennis bag. The entire tone of the day was set by their kind and helpful attitude.

I received this letter from a team wanting to let me know about another example of good sportsmanship. Apparently one of their players went to the wrong facility and was going to be late for the match. The captain wrote:

They were so understanding. They said to tell our player to calm down and drive safely. They waited almost an hour for her to arrive. These nice ladies said that they wanted to play tennis and to win a point on the court, not by a default. That is what ALTA is all about!

I love receiving letters like these because they remind me why I love tennis and why I volunteer with ALTA. I suspect it’s also why a lot of you play as well.

As you look to build more fun ALTA experiences, remember registration for the fall season will close on July 5. While many of you may already have your roster submitted, now is a good time to take a look at the number of players you have. If you need players, you have two options. The first is to add them prior to the roster deadline. If the prospective addition has a level higher than that of your team, you can still add them, and your team will be leveled accordingly using the playing history of any new player(s). (There also is a roster correction period of five days in which players can be added to a previously submitted roster.) Once the roster correction period ends, you will not have an opportunity to add any players until after the captains’ meeting on August 17. At that time, you still can add players, but will be limited to those who played at your newly assigned level or lower.

Enjoy the rest of the summer, and I look forward to another fun season of ALTA in the fall!