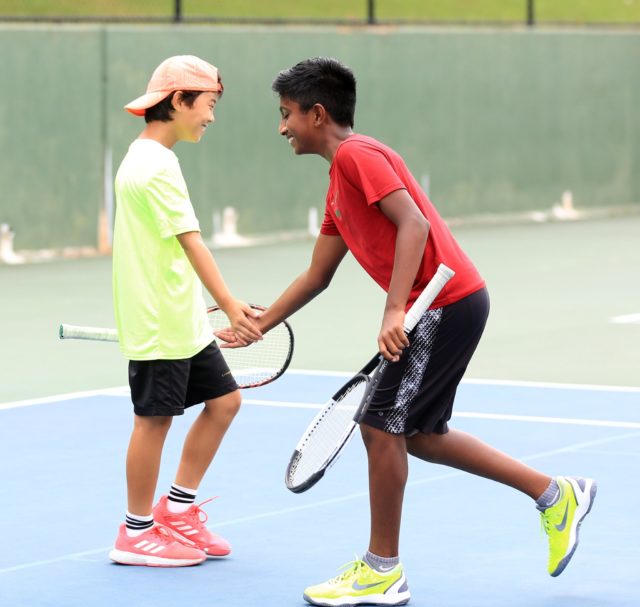 15U replaces 14U. This is a big one for us. The gap between 14U and 18U had become too large for many of our recreational teams. When one player “aged up,” the rest of the younger players got pulled up as well to keep the team intact. Too often, that first season experience was not a pleasant one. We had 11- and 12-year-old players watching their opponents drive up to the match, and that was a little intimidating. 15U gives us a more defined split between middle school and high school players. Phase Two of this initiative, hopefully by Fall 2020, will change the format of play for 15U from an 8-game pro set to two adult sets with no ad scoring.

Age Eligibility moves to the front of the seasons. You asked that your players be able to continue playing with their friends for the duration of the school season. In the past, our cut-off dates were after the ALTA season ended, which meant you couldn’t play on a team if you had a birthday during the season or at times even after. We’ve moved the eligibility date to the beginning of the seasons, March 1 and September 1. Now, for example, if a player is 12 when the season starts and turns 13 in April, the player is still eligible for a 12U team for spring. In the fall, that same player, now 13, would move to a 15U team.

Players can move to any non-sandbagged position without penalty. Small rosters and player availability have made it challenging for some teams to field “legal” lineups every week. “Everyone is gone and the only players I have available played 2d in their last match. Can I default 1s and play 2s instead?” This was a common request we received during the season. That answer is still no, but you can now play the available 2d player at 1s and receive credit for their games won. Sandbagging still will be enforced; you can’t play losing players/teams over winning players/teams.

Playoff position values have been updated. ALTA uses an algorithm to calculate a playoff value for each player at the end of the season. The Junior Leagues hierarchy from strongest to weakest has been 1s, 2s, 1d, 2d. Again, based on feedback we have received, you consider players interchangeable at 1s, 2s, and 1d and should be valued equally when playing those positions. Those playing in the 2d lines typically are younger and less experienced, and should be valued differently. Beginning this spring, a win at 1s, 2s, or 1d will carry a value of 1; a loss at those same positions, 1.5. A win at 2d will be valued at 2, while the loss will reflect a value of 2.5. In the Junior Leagues, we will continue to look at the positions played during the season, plus the value to determine the legality of a playoff lineup.

18U levels receive additional definition. According to our managers handbook, high school players are required to play at the B level or above. In an effort to promote healthy competition, we are fine-tuning the 18U levels as follows: A1 – high school varsity players, tournament players; B1 – high school junior varsity/freshman players; C1 – recreational players, teams aging up. Regardless of grouping, winning teams will move up.

2020 is a year of change for the ALTA Junior Leagues. We hope you are as excited with the new initiatives as we are. You can let us know if you think we got this right by sending your comments to juniorvp@altatennis.org. Good luck and Happy New Year!