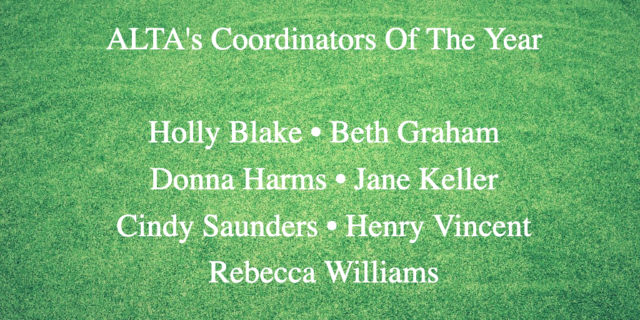 One of the key highlights of the ALTA annual meeting is the recognition of the major workforce behind the organization. Each season, league coordinators donate their time to make sure everything is scheduled and arranged for league play. ALTA recognizes those who go above and beyond by naming them our Coordinators of the Year. The 2020 winners are: 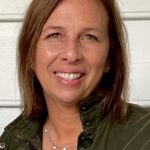 Holly Blake, Thursday Women’s League
Holly Blake has played tennis since she was young. Since joining ALTA, she has participated on rosters for Thursday Women, Sunday Women, Senior Women, Mixed Doubles and Senior Mixed Doubles, and she volunteers as captain for her Senior Women, Mixed Doubles, and Sunday Women teams. And she still finds time to serve as a Thursday League Coordinator. She started her ALTA volunteering as a division scorekeeper and has been a Thursday Coordinator since 2008. “I volunteer with ALTA to stay involved with tennis. And I love coordinating for the Thursday League,” she said.

In nominating Blake as Coordinator of the Year, VP Keri Beck said: “She brings an in-depth knowledge and experience to all facets of being a coordinator. She never fails to give sound, measured advice in a caring and calm manner. …Her attention to detail is evident in all her communications and in her relationships with her captains. They can rely on her to give them guidance with compassion and clarity, but within the boundaries of the ALTA rules.” 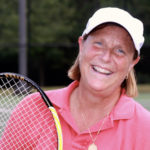 Beth Graham, Mixed Doubles
Graham is such a stellar example of why people take the plunge to become a coordinator. Her passion for tennis is so genuine. “She is always looking to learn and expand her knowledge of the rules and is readily available to share her knowledge with others, said Cameron Turner, Mixed Doubles VP. As a coordinator for Mixed Doubles and an overall coordinator for the Thursday Women’s League, Graham knows the inner workings of ALTA, and she makes a positive contribution to the league season after season. “This is apparent in the abundance of compliments that Graham receives from her captains and her fellow coordinators,” said Turner. “She has high levels of customer service and communication, and she is a joy to work with as a volunteer.” 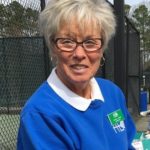 Donna Harms, Senior Day
Donna Harms has been a coordinator in the Senior Day League since 2012. She started out in the Senior League in summer of 2002 and Sunday Women’s League in 2003. She brings experience and an in-depth knowledge of rules to her position as Senior Day coordinator. Harms also communicates effectively with her captains.  Senior Day VP Kim Dlugolenski says this year, in addition to the normal questions and requests from her captains, Harms had to deal with teams with COVID issues and possible default situations. “She handled those situations timely and appropriately,” said Dlugolenski. She adds that one of Harms’ captains sent a complimentary email saying, “You are the BEST coordinator I have ever had. So fortunate to have you as a coordinator.” Harms is an asset to ALTA and is so deserving of this year’s award for Senior Day Coordinator of the Year 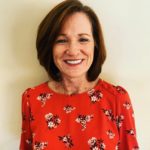 Jane Keller, Junior Leagues
We are thrilled to be recognizing Jane Keller as our 2020 Junior Leagues Coordinator of the Year. Keller was well versed in junior play prior to becoming a coordinator in 2009, as she served as a team manager for her daughter’s team for five seasons. Junior Leagues VP Rita Maloof says Keller is organized, handles most issues herself, sends correspondence quickly, and is loved by her peers and teams. “Keller makes required attendance a priority with few exceptions and has always been an asset to ALTA and a fantastic volunteer,” said Maloof. She added that ALTA can always count on Keller to be the first to go above and beyond and exceed our expectations. “She doesn’t brag on her endeavors, so I will,” said Maloof. In her spare time, Keller volunteered at the schools her daughters attended, CHOA rocking babies, the Community Assistance Center in Sandy Springs, and drove senior citizens to appointments prior to COVID-19. If that’s not impressive enough, her Magnum Opus was 10 years unselfishly volunteering with Flashes of Hope, where she organized the creation of memory photo books for families who had children with terminal illness. 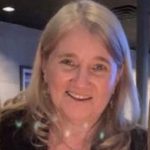 Cindy Saunders, Senior Leagues
Cindy Saunders is in her 18th year as an ALTA coordinator. She currently coordinates Senior Women and Sunday Woman. Previously, she has coordinated Mixed Doubles. Saunders has also played Sunday Women, Thursday Women, Mixed Doubles, Senior Mixed, and Senior Women. Now, she can add Coordinator of the Year to all those bag tags and plates earned over the years. Saunders also has at least one plate from every league where she has been eligible to play. She started volunteering as a captain and as a scorekeeper.

Cindy’s husband was coordinating at this time and she decided to give it a try. “This was when cards were mailed to the coordinators after every match and the Saunders’ mailbox would get 120+ score cards every week, said Roger Dennington, Senior Leagues VP. Their postal delivery woman soon learned the details of the system and would often knock on the door with a bundle of cards.

Saunders has seen a lot of changes over the years and was so glad to get back to playing and coordinating seniors this summer. With the City Finals being played at the participants’ facilities, she actually facilitated two championships in one weekend; Senior Women on Saturday and Senior Men on Sunday. In her many years coordinating, there have been countless interesting stories and challenges. “This season was definitely the most gratifying for her as she was able to witness firsthand so many ALTA members working together in a positive fashion to make the season happen,” said Dennington. 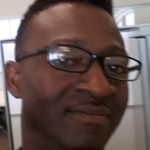 Henry Vincent, Men’s League
Vincent, who is the B1 (5-8) coordinator, has a positive attitude, is very thorough, and does a really good job with engaging his captains as well as his overall coordinator. Vincent has been a Men’s coordinator since 2017. Men’s VP Lamar Scott says the captains are complimentary of Vincent’s volunteer effort. “He’s always very responsive, is very dedicated to ALTA, and we are extremely proud of his customer-centric approach this year,” said Scott. 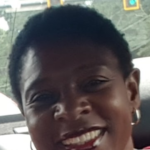 Rebecca Williams, Sunday Women’s League
Sunday Women’s League VP Chequetta Allen says Williams has always been a conscientious coordinator who has not only been timely in all her assigned duties, but also very thorough. “She always goes above and beyond what is expected. Most recently, she served as a “big sister” to help a new coordinator get acclimated to ALTA and the ever-changing circumstances coordinators encounter each week. “She was perfect in this role, as her mentorship helped our new coordinator feel at ease in her position, and she was a valuable resource to this new volunteer,” said Allen. Williams is a great communicator who also gives her captains a sense of ease. Her kindness, accessibility, as well as her complete knowledge and understanding of the rules are truly appreciated by captains who many times need a quick and accurate answer on the court. “Williams is a valued volunteer who quietly goes about her job as a coordinator with no expectation of fanfare or awards, but she is truly deserving of being honored with the award for Sunday Women’s League Coordinator of the Year,” said Allen.