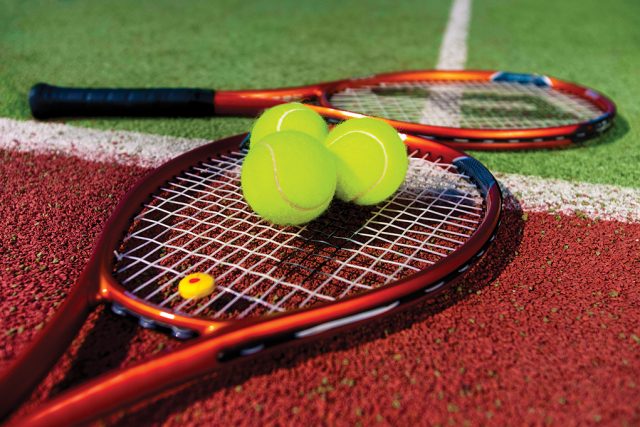 What a great time of year to be playing tennis, and what a crazy year so far for pro tennis in 2016!

First it’s the match-fixing scandal, and now it’s Maria Sharapova failing a drug test. If you haven’t been following the drama off the court, Sharapova allegedly failed a drug test using something that has been legal since she began using it in 2006. I feel so bad for her and what this might do to a first ballot future Hall of Fame tennis icon. The bottom line is that it is Sharapova’s responsibility, and, in a globally televised press conference, she demonstrated tremendous poise and took full responsibility.

My take is that the WTA Tour let Sharapova and the game down. It is so important in a landscape of doping suspicions that our players are fully aware of changes and additions to the drugs that are banned. Sharapova has been such a huge and impactful player for tennis, so why has the tour not gone through the new banned list for 2016 and cross-checked it with what the tour players are taking? People dropped the ball on this and the game will hurt because of it.

I feel terrible that a 28-year-old superstar who has dedicated her life to the sport is derailed in this way. It just goes to show that when you’re winning, life is rocking, but when you’re down, you find out what people are all about. Keep fighting, Maria! Get healthy and come back better than ever. Use the time to reflect and improve. This game is inspiring and cruel. Hang tough and go win more Grand Slam titles when you are back at 100 percent.

Now with that out of the way, let’s talk to the tennis gear geeks. I just switched out of my Luxilon after shredding my elbow on a wicked FH howitzer shot. I’ve gone to a softer NXT for now, to give the old elbow a rest. My question to you is how is your gear helping your game? I am a massive demo guy. I tinker and try different frames and strings for the best performance possible. These days, as a player halfway to a century old, my game plays like it. So I have gone to game improvement racquets that give me a little more push over the cliff when my game needs the giddy-up-and-go I can’t give it anymore.

Remember to fit a frame to your best shot. This shot for me is the second serve. My groundies, volleys and first serves are all aces even in a sandstorm, but my second serve can go a little Lithuanian crazy town; so I make sure any new frame I try, I test under pressure. I play a full set with only one serve and see how much confidence the frame provides me. If the frame goes too Lithuanian crazy, I send it back to the mother land for recycling.

I recommend trying all types of gear for elite performance and comfort. String, grips and shoes are big, but most players overlook those. Most shoes break down in the upper before the bottom tears open. This can cause foot problems, and it’s tough to move with painful feet.

Stay on your toes in the gear game and play nothing but aces next time you go for a victory.