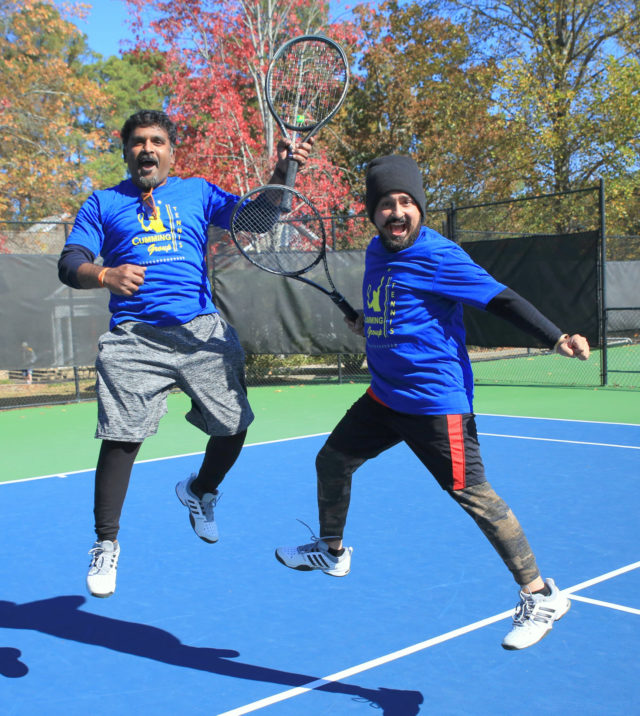 In every match, tennis doubles tactics plays a huge role in the overall success of a team. Every player should engage in smart doubles tennis tactics and strategy in order to be a winning team.

A wise and well-thought-out series of doubles tactics must be executed if a team wishes to progress to a higher level of play, but getting out of your comfort zone or normal style of play can be a bit challenging. Regardless of the league that you’ll be participating in for this approaching season, your team should consider forming an organized plan of attack to beat your opponents. Combined with the appropriate doubles tactics and strategy, this approach could prove to be a huge “swing” in the success of your season.

For many doubles players, alternate formations are a bit of a mystery; however, with the proper approach, these strategies can vastly improve your doubles. One of the most effective doubles strategies is known as the Australian formation.

The next time your opponents are killing you with their crosscourt returns of serve, give this formation a try: The server and his/her partner (at net) line up on the same side of the court. This will not only give the receiver a different look, it also will take away his/her crosscourt return of serve. Additionally, if the server prefers to stay back and has a much stronger forehand or backhand, the Australian formation will allow the server to remain at the baseline and fire away.

As the server prepares to serve to either side, both teammates line up on the same side of the center line. A receiver who sees this set-up will realize quickly that a crosscourt shot may not be an option and will have to redirect the serve to hit the more awkward, down-the-line return.

After the server strikes the ball, the server’s partner can stay home, or break right or left (depending on which side the server is serving from) to poach the down-the-line return. The purpose of the poach is to end the point with a strong volley.

Keep in mind that the key to success with the Australian and other alternate formations is that you and your partner coordinate your movements prior to the start of the point. This will let the server know whether to stay home and cover the crosscourt return or cover a down-the-line return.

Give it a try, and step up your game this season!