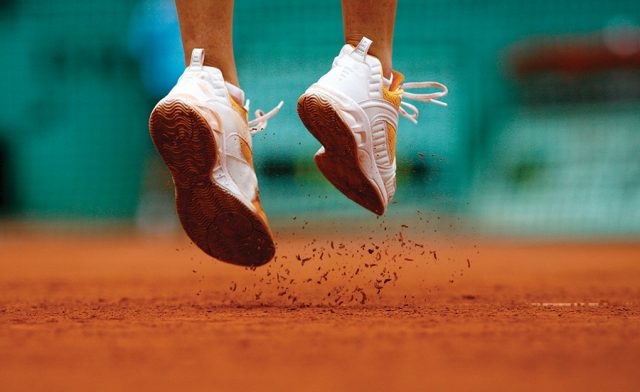 If I’ve heard it once, I’ve heard it a thousand times: “What do you want to work on today?” the tennis pro asks. “Everything!” replies the student.

After a few moments of canned laughter, the lesson begins. The next hour is a frenetic, unfocused mess of volley, overhead serve and groundstroke drills, among other things, and the student leaves the court dazed and confused but convinced, nonetheless, that they got their money’s worth. But did they?

Countless scientific studies on human behavior are clear on one thing: unfocused goal setting leads to mixed results. On the other hand, specific, well-thought-out goals combined with constant testing and measuring, while not a guarantee for success, are a key component of consistent improvement.

So, if working on too many vague goals provides muddled results, how can a tennis professional help a player accelerate their development consistently over time? The answer: Get them focused with targeted SMART (specific, measurable, actionable, realistic and time-bound) goals.

SMART goals are one of the most powerful tools a person can use for effective goal setting. Let’s investigate the serve and see how SMART goals work.

Almost every tennis player I know would like a better serve. But what does better mean: more power, more consistency, more spin, more control? I am currently working with a 10-year-old ranked junior named Abby who has been struggling with double faults in matches. She has resolved to cut double faults out of her match play without sacrificing points by just “getting it in.”

From a tennis perspective, the solution is for Abby to improve her topspin serve, giving her greater accuracy and high percentage play while not sacrificing court position by pushing. Based on the aforementioned conclusion, Abby and I developed the following SMART goal:

S — Specific: I want to reduce the number of double faults in match play.

M — Measurable: I want to reduce the number of double faults to less than two per match.

A — Actionable: I am going to practice a minimum of 200 topspin serves per week, in lessons and on my own.

R — Realistic: I am currently averaging six double faults a match, so getting it down to two or less is attainable.

T — Time-bound: I want to accomplish my goal in my next tournament, six weeks from today.

Instead of hoping for a better serve by hitting massive amounts of purposeless practice serves, Abby is focused on her new SMART goal: reducing double faults in matches to two or less by hitting a minimum of 200 topspin serves per week over the course of the next six weeks.

As previously mentioned, just setting SMART goals does not guarantee success. However, when created correctly and tweaked accordingly, SMART goal setting sets a clear path to accelerated improvement at all levels of tennis.

The takeaway: Be “SMART” with your goals and consistent success will follow.