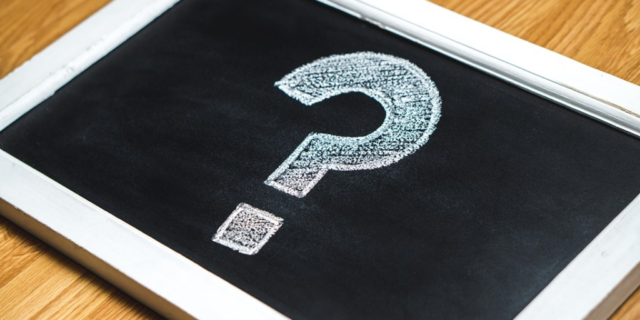 During a match, it was discovered after the first set that our line 1s were actually playing the opponent’s line 2s. What do we do?

It is always a good idea to verify the line you are playing with your opponent when introductions are given before the first point is struck! However, if the line mix-ups should accidentally occur, ALTA recognizes this match as being played. You should complete the match.

When do you correct errors discovered during a match, such as failing to change ends, player serving in the wrong order/on the wrong side, or serving to or receiving from the wrong side of the court?

An error should be rectified as soon as discovered, but not while the ball is in play. Any points previously completed shall stand. One exception to the “correct immediately” rule is when the receivers are on the wrong sides (Ad vs Deuce). If you discover in the middle of a game that you are receiving on the wrong side (Ad vs Deuce) of the court, you must finish that game from that same “wrong” side, correcting sides after the game is completed. This will allow for both players to receive equally during that game.

WHEN TO CALL A LET

Is it a “let” if a ball falls out of a player’s pocket or hand during a point?

The player who “lost” the ball cannot call a let as he/she caused the hindrance. If the opponent wants to call a let and replay the point, he or she may, but the let must be called immediately – not at the end of the point. If this happens continually, you should ask the player to take better care with the ball.

What can we do if we know we won’t have enough players available for the spring break match?

If you plan ahead, you might be able to play your match early by contacting your opponent as soon as your spring schedule is available, which will be February 21 this year. The key to this is giving your opponent plenty of notice. We cannot require a team to play early, but we do encourage all teams to accommodate these requests if they are able to do so. Even though you think you may have great availability to play a match during spring break, many families change their plans and the players aren’t always available when the scheduled match date arrives. This applies to both junior and adult leagues. We always remind teams that they also may find themselves in need of asking another team for a favor during the season, so it’s just in good sportsmanship to try to be as accommodating as possible if another team needs help.

SCORE IS ODD, SO SWITCH

The tiebreak always seems to present a few questions, even for those experienced players. One that seems to come up regularly is changing sides at the end of the tiebreak and who serves. Can you please give us some helpful pointers?

This information can be found in the Adult Leagues Captains’ Handbook (page 45) on the website, altatennis.org, under Quick Links>League Documents.

CONSISTENCY IS  THE KEY

Another team was playing on soft/clay courts and opened hard court balls. The visiting team said you had to play with soft court balls. Is that required?

The USTA Code has the list of tennis ball specifications on Page 19, Appendix I, in the 2016 Friend at Court. On page 50, F.1., it states that the type of ball used shall be consistent throughout a tournament event unless the playing surface or conditions are changed. I interpret that to say that the balls used throughout an individual meet should remain consistent and all five lines should play with the same type of ball, whether it is heavy duty felt or regular duty felt.

A REPEAT QUESTION WITH A REFINED ANSWER

During our past season a team contacted our captain to request we play a couple of lines early. We accommodated the team and played lines 1 and 2 earlier in the season. The day before our regularly scheduled match, the opponent captain contacted our team to request that we begin the match at 10:30 a.m. It seems her lines 3 and 4 could not arrive by the regularly scheduled time of 9:30 a.m. These players were normally scheduled to start in the second timeslot and had made no arrangements to start any earlier. Since we were only playing 3 lines would it have been OK to start our match at 10:30 a.m.?

The answer to your question is listed in the Captain’s Handbook (page 41), Rule IV.E. Playing Match Early. When captains agree to play line 1 early without the agreement on times for the remaining lines, the default time for line 3 is twenty minutes after the normally scheduled time for line 3.

THE SWITCH IS ON

Starting the third game of the first set, I noticed after my first serve, which went into the net, that my opponents had switched sides of the court at the start of that game. So, the wrong person was receiving. I brought this to their attention and asked them to return to their proper side. They said the rule was to play out the game and then switch back. Who was right?

In most cases in tennis, errors are corrected immediately. Receiving is different. This is covered in USTA Rules of Tennis, Rule 27e Correcting Errors. If the error is discovered during that game, the receiving order remains as altered until the conclusion of that game. The partners then would resume the regular order of receiving in their next receiving game. Remember, all previous points stand when this occurs. Partners are allowed to alter receiving order at the start of every set.