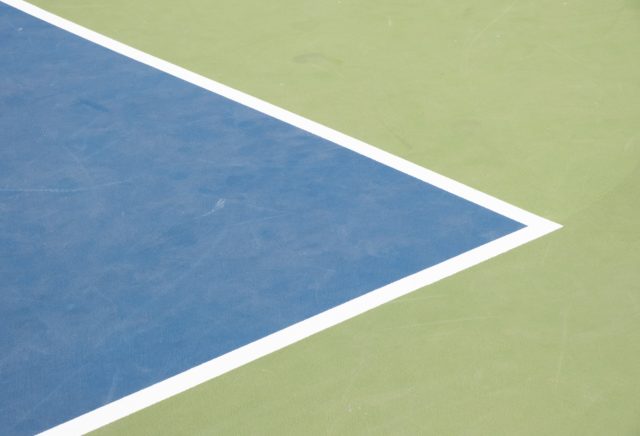 Making line calls
I recently played in a doubles match where my opponents made two questionable calls. In both cases, the two players “thought” the ball was out. After discussing, they decided to call the ball out. Both my partner and I thought the first ball was in. Knowing it is their call, what is the rule of etiquette in this case?

Mitch Falkin, Men’s League Vice President
Written in The Code, which is a summary of procedures and unwritten rules that custom and tradition dictate all players should follow: Making Calls, opponent gets benefit of doubt. When a match is played without officials, the players are responsible for making decisions, particularly for line calls. When players make a call, any doubt must be resolved in favor of the opponent.

Foot faults
We recently played a team where one of our opponents foot faulted on every single serve. We politely mentioned it to her. She continued to foot fault throughout the entire match. Since there is no penalty for foot faults, I guess she figured she had nothing to lose. Is there anything we could do when an opponent continues to foot fault during a match?

Susan Levin, Sunday Women’s League Vice President
If you see a foot fault, you can certainly explain to the server the rule found in USTA Friend of Court, page 10, #18, Foot Fault: During the service motion, the server shall not: a. Change position by walking or running, although slight movements of the feet are permitted; or b. Touch the baseline or the court with either foot; or c. Touch the area outside the imaginary extension of the sideline with either foot; or d. Touch the imaginary extension of the center mark with either foot. If the server breaks this rule, it is a “Foot Fault.” Because these are not officiated matches, a warning is all you can give your opponent.

Ball out of play?
A player was receiving from the deuce side and returned a serve that kicked way left. His return hit the light post, was diverted, and landed in the court. The opponents said that because the ball hit the light post before it hit the ground in the court, it was their point. Were they correct?

Major infractions
What is a forfeit?

Gina Clance, Senior Mixed League Vice President
A forfeit is the automatic loss of any point(s) for a violation of any of the ALTA rules. Some examples that are seen frequently include playing an ineligible player, a movement violation, or a “sandbagging” violation. Any points won below the line deemed to be an infraction will be taken as well. (For example, if an ineligible player plays at line 2, and that team wins lines 3, 4 and 5, those three points will be rewarded to the opposing team.)