Every spring the Junior Challenge Ladder recognizes the players who are graduating from high school. ALTA is very proud of these students who are able to balance school, family, activities and the rigors of tennis training, matches and tournament travel. We salute their achievements and look forward to hearing what is next for them.

This year, we have five boys and girls who will begin a new chapter in their education and tennis pathways. They will be busy this springtime with graduation and summer plans, but I hope we will see them all at the BB&T Atlanta Open July 23 on ALTA Night. 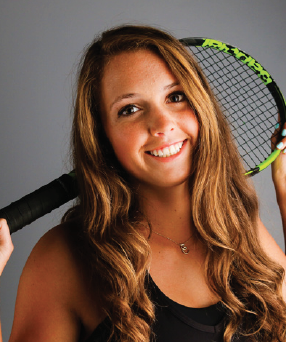 Elizabeth Goines has played tennis since she was 9 years old. Her PE teacher noticed Elizabeth’s keen hand-eye coordination in fourth grade and suggested she take tennis lessons. This plan worked out very well, and soon Elizabeth was playing on a Junior ALTA team, Hampton Hall 12&U C3. Then Elizabeth began to train more seriously with Coach Kenyon Generette at Universal Tennis Academy.

Elizabeth has played on the Junior Challenge Ladder since 2014 and earned her way to finish at No. 3 on the girl’s ladder this year. She loved the chance to play so many practice matches before tournaments. Elizabeth feels it also has helped her fitness level. And, she says, the best part is going out to eat with friends after you play tennis against them.

Elizabeth also plays line 1 singles on her high school team at Riverwood International Charter School. This summer, she will continue to play tennis and plans to be an instructor at the summer tennis camp in Piedmont Park.

At the end of summer, she will leave for college and tennis at Georgia Southern University. Elizabeth says, “Go Eagles!” 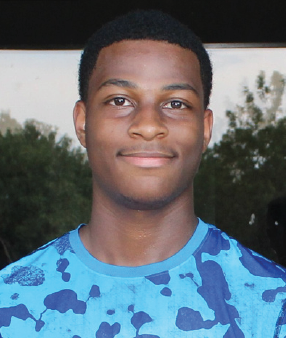 Kevin began to play tennis when he was 10 years old. His grandmother – 2018 ALTA President Joyce Vance, who loves tennis – suggested he should play, too. He could follow her great example and become more physically active and become more connected in the community.

Kevin joined the Sugar Creek summer tennis camp and began to work on his game. Within a few years, he was playing on Junior ALTA teams and practicing twice a week at Coan Park.

He says playing tennis has taught him a lot about strategy on the court and looking for his opponent’s strengths and weaknesses during the match. He also recommends staying true to your personal game plan on the court.

In the fall, Kevin plans to attend an HBCU (historically black college and university). He is still evaluating his opportunities to play in a marching band and waiting to hear back about possible scholarships that will enable him to get a degree in music education. If there is a chance to play tennis, too, Kevin would love to join another team.

In the next issue of Net News, we will profile three more Junior Challenge Ladder graduating seniors: Jack Sorel, Hanna Giddings and Peyton Lee. Check back next time for more!