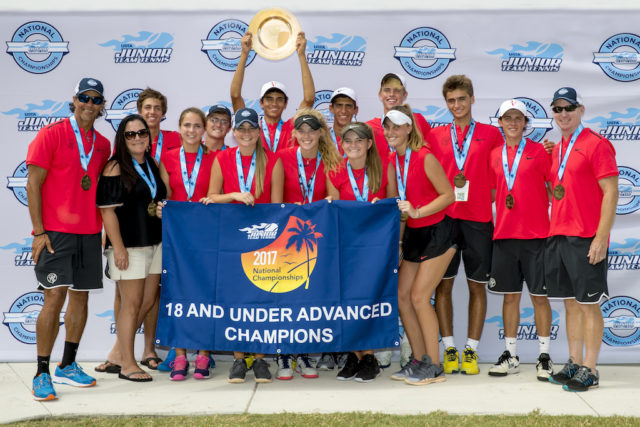 The 2017 USTA Junior Team Tennis 18U National Championships brought together the top 29 teams at intermediate and advanced levels from various USTA Sections throughout the country. This is the first time the event was held at the USTA National Campus.

The Southern Reign defeated a team from Los Gatos, California, and the USTA Northern California Section in the final by a score of 54-32.

The National Championships serve as the crown jewel of USTA Junior Team Tennis as the nation’s top teams compete for the title. Each year the USTA crowns a national champion in two age divisions (14U and 18U) in both the Intermediate and Advanced play divisions.

Established in 1991, USTA Junior Team Tennis provides youth with all of the health and social benefits of tennis in a co-ed, fun and competitive team environment — all while allowing participants to compete with and against individuals of similar ages and skill levels.

With more than 85,000 players competing nationwide, USTA Junior Team Tennis brings players together to enjoy camaraderie and teamwork, providing a  fun environment for kids to learn that succeeding is really more about how they play the game — win or lose.