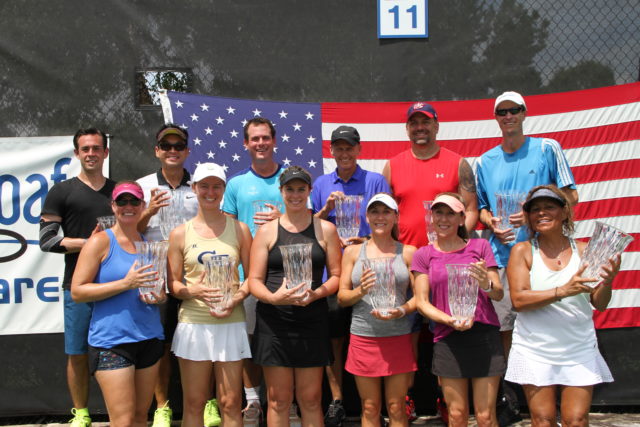 The TPC Sugarloaf Charity Weekend and Tennis Pro-Am was a huge success again this year, raising more than $150,000 for Birdies for the Brave, Vigilant Torch, Spectrum Autism and the Sugarloaf Women’s Charities. This brings the team to over $1 million raised since bringing the event back in 2011. Tennis director Will Segraves, who is in his final year as director, said he is extremely proud of everyone who helped reach this goal. 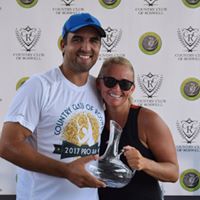 Country Club of Roswell hosted its 39th annual Charity Tennis Pro-Am benefitting Special Populations Tennis and Stand Up For Kids charities. The event saw 116 players compete in a fun-filled weekend-long tournament. The Hollywood themed gala and silent auction raised more than $30,000 for these two charities. Thanks go to all who contributed to this fine event! 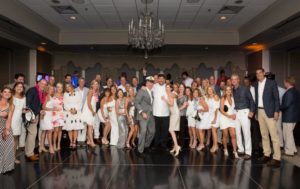 The Ansley Golf Club held its annual charity pro-am weekend Aug. 17-20. This year’s event included a tennis pro-am for 160 men and women players, a golf pro-am for 70 players and a pickleball tournament that included 14 teams. Some of the highlights of the weekend were the Silver Soiree on Saturday night that featured a performance by Yacht Rock Schooner, live and silent auctions and some of the best food in town prepared by the onsite chef. Funds raised for Southeastern Brain Tumor Foundation and Atlanta Ronald McDonald House exceeded $100,000. This pro-am has earned multiple awards over the past few years, including the USPTA National Charity Event of the Year. 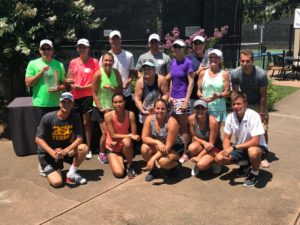 The many local area sponsors and the Charity Guild of St Ives and Greater Johns Creek are to be commended for their ongoing support of this tremendous event that raises more than $15,000 for local charities each year. 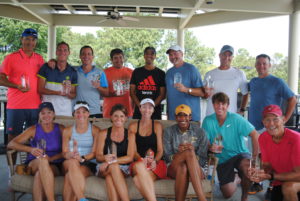 Dunwoody Country Club held its 30th annual Pro-Am Charity Event Aug. 25-27, raising more than $300,000 for Special Olympics Georgia and Atlanta Children’s Shelter. The event kicked off on Friday morning with a golf tournament, followed by a poolside party where the 48 pro-am team partnerships were revealed. That evening, 28 of Atlanta’s best male and female pros played against each other in a team format that included men’s, women’s and mixed doubles. Also featured were four talented Special Olympians.

The weekend format had six evenly matched teams made up of eight pro-am doubles teams. After play was concluded, the players and their guests attended the Saturday evening gala held in the ballroom. The silent auction items had people bidding until the last minute while a fantastic auctioneer brought the live auction to life. The live band kept many out until the wee hours of the evening.  On Sunday morning, the final rounds were played with each team carefully watching the final standings. Only one point separated the first and second place teams. Congratulations to all who participated!