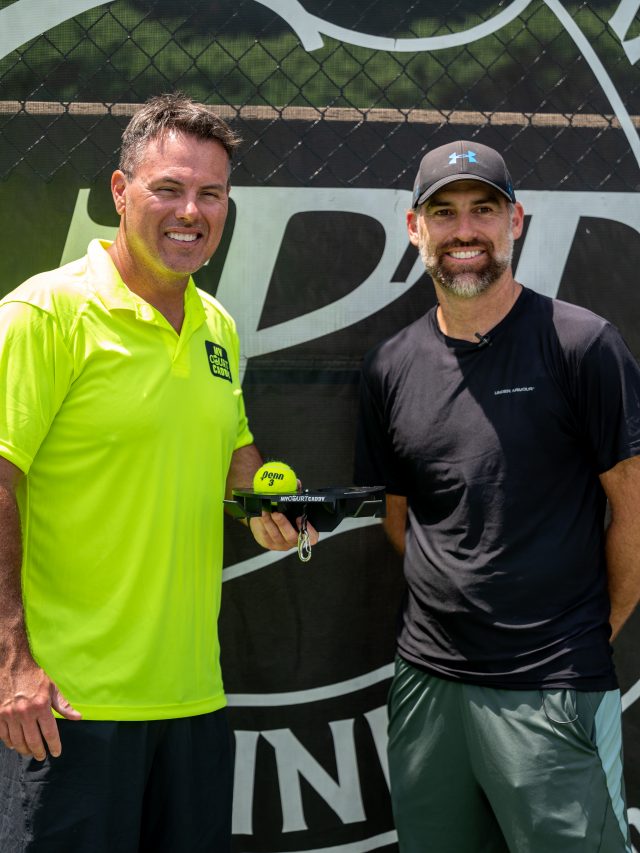 How would you like a home base for all your tennis gear? Now, for the first time, you have this with the My Court Caddy.

The story of the My Court Caddy is one that was born during the pandemic. Jason Bailey, owner and creator of the My Court Caddy, noticed one day while on the courts that everyone was hanging their tennis bags, water bottles, and towels on the chain-linked fence surrounding the courts. He thought: “What if there were a caddy of sorts that could hold everything without damaging the fence and making the courts look like stuffed animals hanging behind the toss-a-softball game at the fair.” That day the idea for My Court Caddy was born.

Also, that mysterious and oftentimes hindering third ball loaned itself to the creation of the My Court Caddy. There are times when the third ball goes missing or finds its way to the only puddle on the court. These are bad scenarios, especially if your ankle finds that third ball. 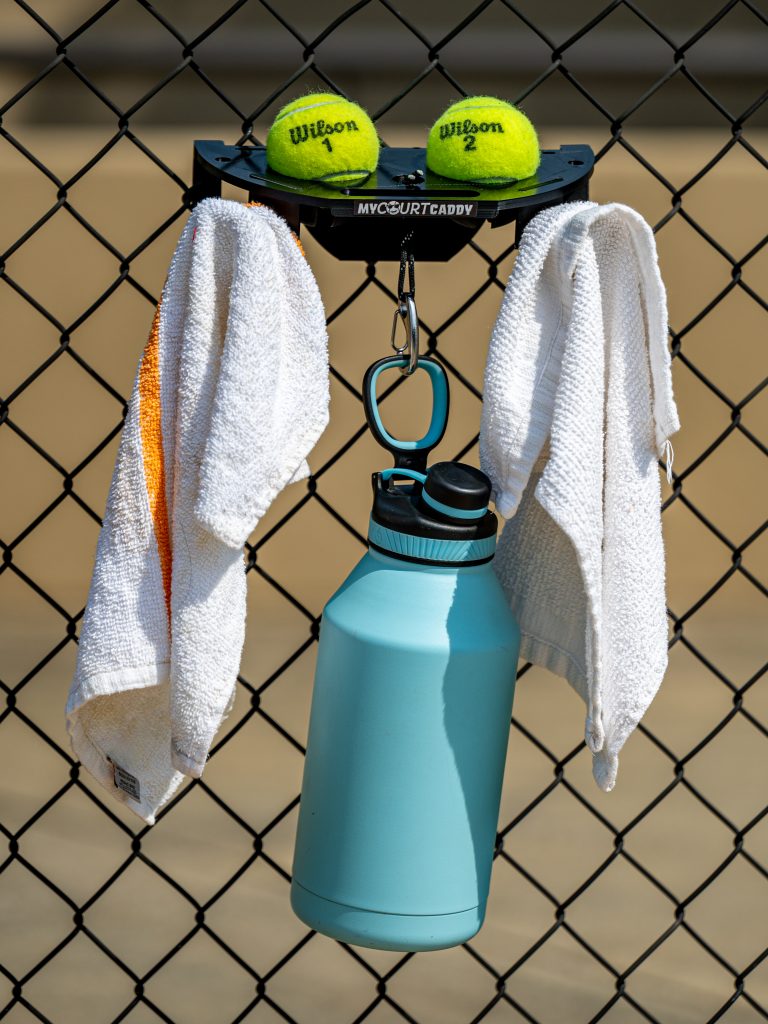 My Court Caddy solves these problems with a small, mobile caddy that you can take anywhere. Simply place the two down hooks onto the chain-linked fence and let gravity do the rest. This most likely will be done on the side fences because most courts have windscreens in the back.

Bailey, former Atlanta radio personality now full-time podcaster (podcastTheBS.com), as well as the emcee for the Truist Atlanta Open, says the device features two holes on top for your tennis balls; hooks on each side and a hanging hook underneath for your water bottle, towel, racket, and bag. Molded from durable ABS plastic, the My Court Caddy has not only found its way to tennis courts across the country but also pickleball courts, softball and baseball fields, as well as with those who play in the wheelchair leagues.

Robby Ginepri, former professional tennis player, owner of Olde Town Athletic Club, as well as owner of Ginepri Performance Tennis, said about the My Court Caddy: “In 30 years of playing the sport, I’ve never seen anything this unique. My Court Caddy thinks of it all. Helps speed up the game.”

Bailey said he was pleasantly surprised when, last year, Tournament Director Eddie Gonzalez used the My Court Caddy on both grandstand and stadium courts. “We were fortunate to have a product so unique at our disposal for the players,” Gonzalez said. “I told Jason that this is a very special tennis invention and great for the sport.”

For more information and to purchase a My Court Caddy, visit mycourtcaddy.com.