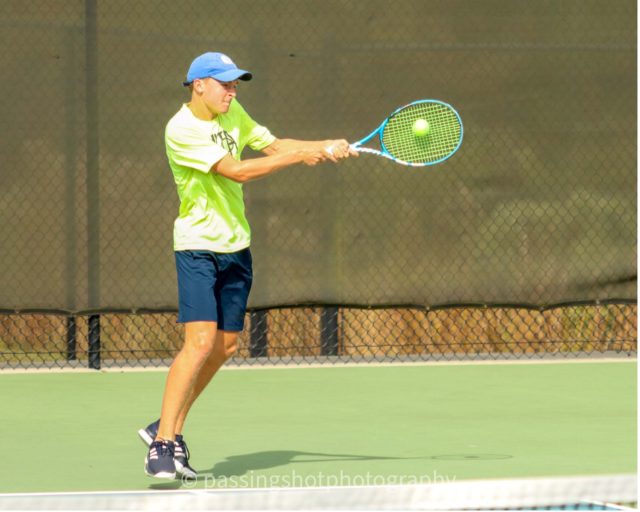 Eight graduating high school seniors are moving up and moving on, as they say goodbye to ALTA and the Junior Challenge Ladder. We’re sharing their stories and their memories of how the JCL made a difference in their lives. 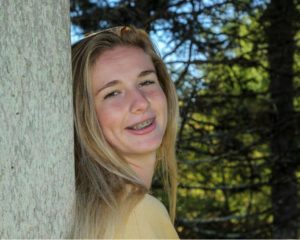 Mary Ashley Jacoppo graduated from Walton High School where she was a four-year starter and captain of the back-to-back state champion girl’s tennis team. She began playing tennis when she was four years old and played three seasons on Junior ALTA teams. “I was very thankful that my teams went to five-out-of-five City Finals and won four City Championships,” says Jacoppo.

She met one of her best friends by playing on an ALTA team and played on the ALTA JCL for two years. “It was a great experience to play and meet new friends,” she says. Jacoppo says young players should have fun and participate in tournaments, which provide a wonderful way to make friends. She will attend the University of Georgia and major in economics.

Lauren Khou began her tennis journey when she was five. Starting with Junior ALTA, Khou played many seasons and later competed on the JCL. She credits friends and her parents for having a great influence on her. “My parents’ immense and constant support enabled me to continue to play such a demanding sport at a high level,” she says, adding that tennis has so much to offer. “Tennis is so rewarding and offers so many life lessons while allowing you to meet and build relationships.”

Khou noted that tennis has helped her learn determination, discipline, cooperation, and integrity. She plans to play tennis for the University of Chicago and enjoy her college years. 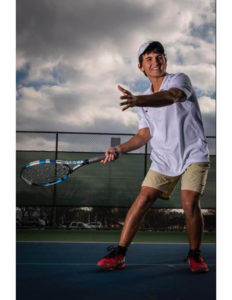 Second grade was a big year for Dean Kingsley. That’s when he first started playing tennis. He played on several ALTA Junior teams over the years out of several different neighborhoods. Last year was his first on the ALTA JCL. Kingsley says several coaches have had tremendous influence on him, including Calvin and Martina Kemp, Grant Stafford, and JT Murphy (all from the Stafford Tennis Academy in Johns Creek), as well as Jim Harp. Kingsley would tell young players to always try to improve their game. “Don’t get negative. It will only slow your progress,” he says. Kingsley will be playing tennis this fall when he begins college at North Greenville University in South Carolina. 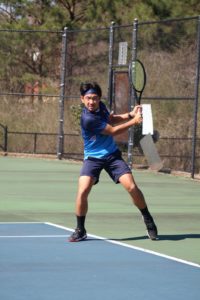 John Lasanajak was greatly influenced by his father and picked up a racquet when he was just four years old. He eventually played with Junior ALTA and then joined the more competitive JCL which helped his training for tournaments. “The round robins and events added to the fun even more,” says Lasanajak.

He also played on a AA1 Men’s team and picked up the big plate. “I enjoyed it very much as it was more about the exciting doubles action and making such great new friends.” Lasanajak says his family, and in particular his father (who was his longtime coach), helped him throughout his entire tennis journey. He says he is looking forward to playing tennis at Emory University when he heads to college this fall. 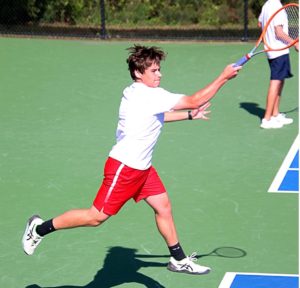 Ayden Mamaghani spent 10 years playing ALTA and managed to pick up two City Championships. He says his parents were a great influence on him along with Jeff Groslimond, his coach at Sandy Springs Tennis Center. Mamaghani offers logical advice for younger players: “Focus on the fundamentals. Eventually it will all fall into place,” he says.

Mamaghani believes tennis has given him a great benefit of true friendships, but it also has taught him commitment, endurance, and discipline. He will be attending the honors college at the University of Georgia and hopes to play competitive club tennis. 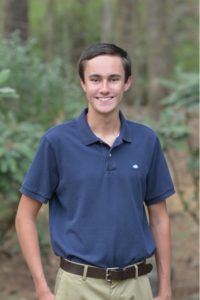 Andrew Munn trained at Sandy Springs Tennis Center, starting at age eight, and played at Mill Glen and Vermack. He spent 13 years playing competitively and working hard. He says his coaches had a big impact on him and that tennis taught him how to have a good mental attitude. “Sometimes you have to have a mindset that enables you to overcome a tough opponent,” he says. Munn believes that it’s important for young players to stick with it and keep practicing. He plans to continue playing ALTA and intramurals when he heads to college at Georgia Tech. 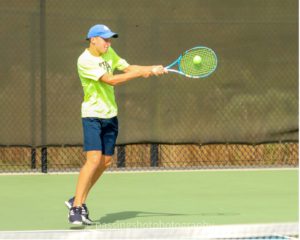 Andrew Pietkiewicz competed on his first ALTA Junior team when he was nine and continued playing out of his home courts of Brittany Club. He joined the ALTA JCL and competed for five seasons, steadily climbing the ladder. Pietkiewicz says his parents and older sister have been strong influences in his life. “My mom, who hit a last-second buzzer beater in high school to help her team win her state basketball championship, taught me how to compete,” he says. Pietkiewicz notes that younger players need to remember tennis is just a sport. “Relax and have fun on the court,” he says. Like other JCL players, Pietkiewicz’s best memories are of the ALTA banquet dinners and the round robin events. He is planning to attend Georgia Tech to pursue a degree in industrial engineering with a minor in German. 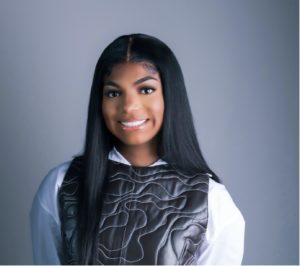 Kennedy Talbert might be a bit star struck, and why wouldn’t she? She has been fortunate enough to meet many of her tennis idols, including Serena Williams, Sloane Stephens, and Coco Gauff. She even had the honor of playing doubles with Venus Williams. Talbert believes Naomi Osaka also has been a big influence. “She is not only a champion tennis player, but also an entrepreneur and is raising awareness for causes she believes in, such as mental health,” Talbert says.

She would advise younger players to spend time off the court, learning how to stay calm and focused during matches. Talbert is headed to college at Drexel University in Philadelphia.