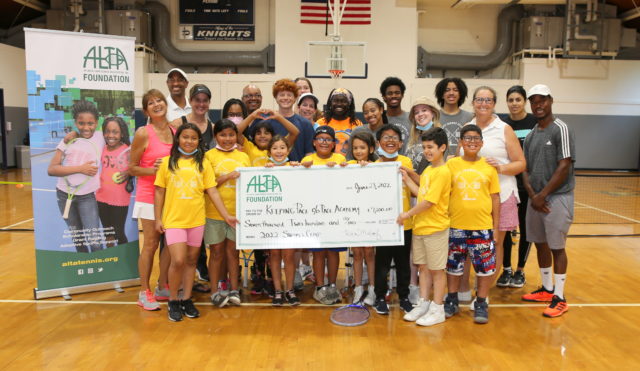 In its 16th year of camp, Pace Academy’s “Keeping Pace” summer program was facing a dilemma. The population target for the five-and-a-half-week camp, which includes children from partner neighborhoods qualifying for free or reduced lunch, was diminishing. Was COVID to blame? No, not this time. The unexpected villain was gentrification of the Vine City area. As completion of the Belt Line neared, housing prices soared, and inner-city residents were priced out of the market and forced to find affordable housing elsewhere. No families…no kids…no campers? Time to pivot.

Community engagement is not just a catch phrase at Pace Academy. It’s a way of life. While some might have given thought to closing the program, Keeping Pace found a new program partner: LaAmistad, an organization that seeks to prepare Latino students and their families for success through academic and life enrichment programs. It’s been serving Atlanta families for over 20 years.

Ted Ward is the associate director of the Isdell Center for Global Leadership, one of many successful programs at Pace Academy. Ward says Keeping Pace will continue to be offered as a Pace program on campus, with LaAmistad overseeing morning academic enrichment programming and Pace staff and volunteers managing and implementing recreational programs, including tennis.

Sixty Latino participants became Pace Scholars this summer. Each child received 45 minutes of tennis instruction, four days per week during camp. Ward said, “With ALTA’s continued support and funding from the ALTA Foundation, tennis has become a vital component of the enrichment offerings to the scholars. We are excited to foster a love of the game in our summer group of campers.”