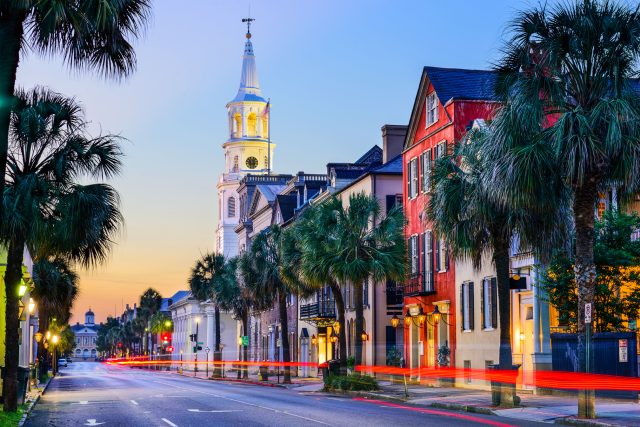 The Invesco Series, a competitive tennis circuit featuring some of the ATP’s former top-ranked players, makes its way back to Charleston, South Carolina on Saturday, April 6 at 8:30 p.m. at the Volvo Car Stadium.

The event includes four, former champions playing two semifinal matches, with the winners meeting in a final. The format is meant to be entertaining for fans with players calling their own scores and interacting with the crowds.

The 2019 player field will welcome some of the biggest names ever to play the sport: Mats Wilander, Jim Courier, Lleyton Hewitt and Andy Roddick. Each legend boasts an impressive tennis career spanning several decades.

“We truly enjoy our long-running partnership with the Invesco Series,” said Bob Moran, president of Charleston Tennis, LLC. “It allows us to bring some of the best players, who’ve played the game at the highest level, to Charleston for our fans to experience. All four of these athletes are Grand Slam Champions, which will provide an amazing contest of talent and skill.”

“I’ve always really enjoyed playing in Charleston, which is one of the best tennis towns in the country,” said Roddick. “I have great memories there dating back to our Davis Cup match there in 2004 and look forward to making more during our Invesco Series QQQ event this April.”

Tickets start at $30 for terrace level seating to the Volvo Car Stadium’s Invesco Series. A limited number of box seats are still available. For more information on the tournament and ticket options, visit volvocaropen.com/invescoseriesqqq or call 843.856.7900.