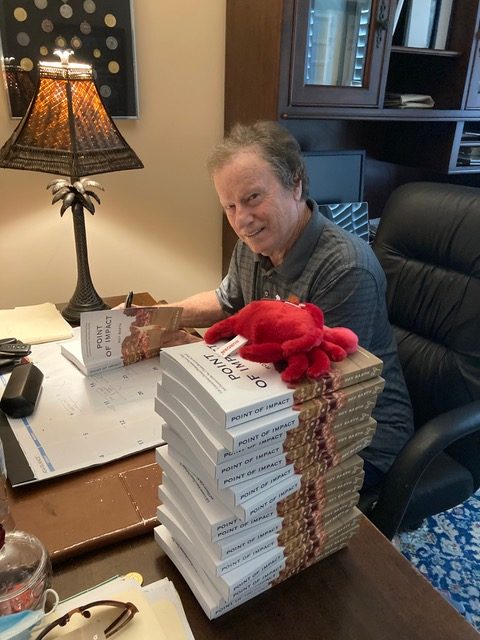 Author Roy Barth’s book, “Point of Impact,” has been added to the permanent collection of the library at the International Tennis Hall of Fame in Newport, Rhode Island.

Barth’s book is personal story woven though the history of tennis and a series of life lessons. Part One is The Game of Tennis, and Part Two is The Business of Tennis, but the lessons are the same. Tennis enthusiasts — from the casual spectator, to the game’s facilitators, to the professional-level player — will enjoy this narrative and identify with Roy’s insights, his obstacles, and his commitment to the game.

From 1969 through 1975, Barth played on the professional tennis tour where he was ranked as high as #8 in men’s singles and #2 in men’s doubles in the United States, and Top 40 in the world. He retired from the professional tennis tour in 1975 and settled in Charleston, South Carolina, where he became the resident tennis professional at the Kiawah Island Golf and Tennis Resort until his retirement from coaching in 2018. Learn more about Barth and his book at roybarth.com.