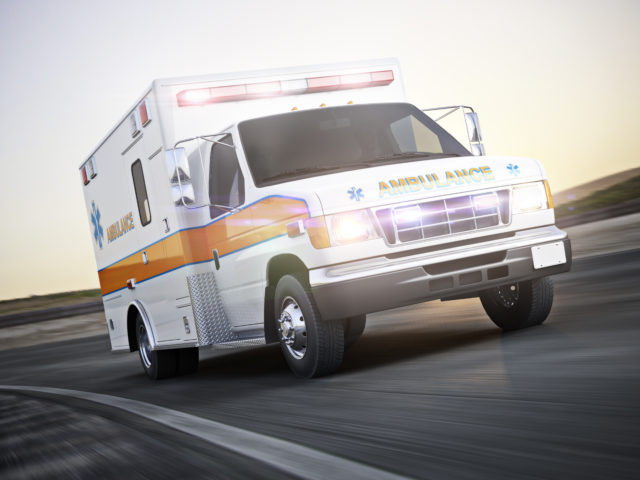 I want to share again an experience I had with my brother a little over a year ago. I had just taken a position as director of racquet sports at the amazing Garden of the Gods resort in Colorado Springs, Colorado. I was finishing my final week of onboarding when my brother, Murphy, and I were playing an exhibition for the resort’s members and guests.

Everything was going great with loads of dynamic shots and fun trash-talking at the beginning of the match. In the second game, Murphy was serving in the deuce court when I could see his eyes suddenly close. From that point, he crashed backwards with his head taking the final blow from the fall.

Murphy had gone into sudden cardiac arrest and was lying motionless on the court. Fortunately, there were off-duty medical professionals and first responders who were watching the match. By the time I was able to reach Murph, one of the medical professionals asked, “Where is the defibrillator?” The day before, during my onboarding, the director of facilities for the resort pointed out to me the various pieces of emergency equipment that included the defibrillator! I knew exactly where it was — right behind the court on my side of the net where Murphy went down.

I’m sure that for the rest of my life, I will remember every aspect of those life-and-death moments. Murphy’s heart had stopped and bringing him back to life came down to the extraordinary job of those medical professionals using CPR while the defibrillator was charging. Everything was happening so fast. My deepest concern was after the first time the defibrillator failed to start his heart. The machine had to recharge and those moments were the longest and most stressful. The first responders would call out the pulse readings from various parts of his body, and there was nothing positive coming back after every pop from the defibrillator.

During these precious moments, the medical professionals asked Murphy’s wife, Kate, for his medical history and for me to keep speaking with him to keep him with us. The only thing that I could think of was a saying we grew up with: “Jensens never quit!” Over and over, I screamed at him while the first responders worked to save his life. There was a point in the process where they looked up at me and asked if they could break his ribs to apply even more pressure to his chest. My only thought and response was “yes!”

It took 17 minutes to revive Murphy on the court. On the ride to the hospital, he flatlined once again before the medics were able to stabilize him and get a consistent heartbeat. Once Murphy made it into the emergency room, a team jumped into action to stabilize his heart and evaluate his situation. Murphy’s doctor then explained that his concern was the multiple fractures to the back of my brother’s skull. The doctor was alarmed about a brain bleed that could have led to brain damage. He decided to put Murphy into a coma to prevent the brain bleed from overwhelming the brain.

It was at that point where the power of faith and positivity became all we had left. Because of COVID, only Kate and I were allowed in Murphy’s room. Murphy’s dear friend Gavin Rossdale (from the band Bush) would sing to him via FaceTime. The entire tennis world from Rod Laver, Andre Agassi, Chris Evert, John McEnroe, and Billie Jean King, constantly texted me for updates. I was blown away by the enormous support when the family needed it the most.

On the fourth night before visiting hours closed, I had just finished reading to Murphy when he squeezed my hand. The next morning, I arrived to find him responding to doctors’ commands and beginning his extraordinary comeback. “Miracle Murph” is with us today because of extraordinary first responders. He walks this planet because the Garden of the Gods Resort had a defibrillator on the court.