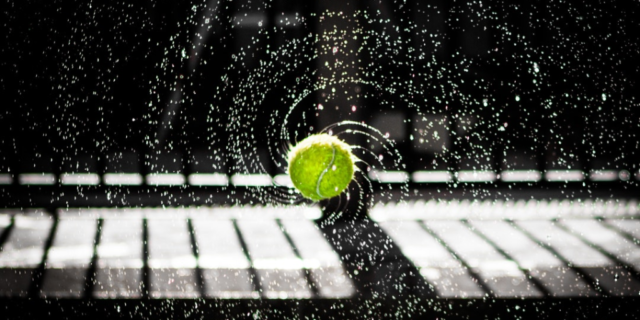 I hope you had a blast watching the 2019 Australian Open. The AO always provides opportunities for those who prepare in the off season and can sneak up on the ones who don’t prepare for the year’s first major. Danielle Collins is a two-time NCAA Champion from UVA, while Francis Tiafoe made his deepest run ever in a Grand Slam. Currently, the United States has the most female players in the top 100 of the WTA. The U.S. men show promise, but still are looking for the next Roddick – the last American man to win a singles Grand Slam title (2003).

The USTA is locked in on developing a Team USA mindset and culture. When you’re at pro events, you will see the coaches and players wearing USA gear. Back in the day, wearing the USA gear gave all of us a real sense of pride representing our country. Even at events away from the Davis Cup matches, team members would continue to wear their USA gear.

So how is your game going these days? You should be learning something about your game at every opportunity. For example, during your last match, did you think about the match or practice on the way home from the courts? I always found I would do my best self-evaluating on the way home. My match still would be very fresh in my mind, and by the time I reached home, I could get any of the bad feelings out of my system. I was never a good loser. Losses stayed with me a long time and even jump-started significant training that lifted my level. I have found there is always something to work on. I don’t think any real competitor is ever really satisfied with their result. There usually is something you wish you could do better or play differently. I was doing my AO research before and during the tournament. It requires tons of reading and digging out nuggets that can add to a studio segment or interview. One thing that really stood out to me was what Roger Federer worked on during the off-season leading up to the Aussie Open. He took a family vacation in November and then set up his training camp in Dubai. It’s hot there and it’s much closer to Australia than taking the 25-hour flight from Europe.

Federer says his goals for 2019 are to bring back his “full-force forehand” and to improve his fitness for a run at the French Open title. He also spoke about a couple of swings he had back in 2018. One was against Juan Martín del Potro in Indian Wells and the other was versus Kevin Anderson at Wimbledon. Imagine your entire calendar year in the balance between one or two swings of the racquet.

How can you use the Federer approach to improve your game? Keep learning how your game works and learn how to fix shots when they are NOT working. Most players that I speak with talk about losses because of their opponent. I tell them maybe the opponent is within and unlocking that mystery can result in greater performance. Don’t get too complicated. The best shot is always the one that goes in and the second-best shot is the one away from your opponent. Use your mind as your competitive weapon, and go out and compete with consistency.

Fire up and improve until we touch base again in the next Zone.