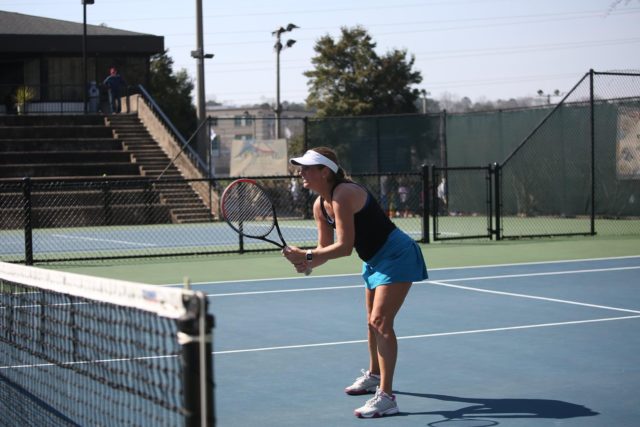 Mixed Doubles has completed the summer season. We’ve survived with generally great tennis weather, more players than we have had in the league at any time since 2018, and some great competition. With COVID still a concern, but protocols falling much more back into the realm of common sense as compared to hard-and-fast rules, I’ve noticed more camaraderie — more players sticking around to watch their teammates and even mingling with their opponents. This is part of what makes ALTA a great tennis league.

Playoffs culminated with City Finals. If you’ve played in City Finals before or been on a team that has, you know it’s a great event. Teams make a day of it. Both players and spectators usually arrive at the courts before 9 a.m. to work on their food and beverage tables, often decorating them in ways that I personally could not imagine doing.

If you’ve not been to a City Finals, you should consider attending. One of the highlights of the year is that one flight (AA3 this summer) gets to play its City Finals on “Semifinal Saturday” at the Atlanta Open. That’s right; some of the best players that the Atlanta area has to offer play their City Finals on the same courts that the ATP pros use as they face off for more than $700,000 in prize money. You want a great way to spend your day? Buy a ticket for the Saturday sessions, but come early to watch some great tennis played in ALTA City Finals while you are there.

If you can’t make it to Atlantic Station for those City Finals next summer, consider one of the other venues. If you go to Sandy Springs for the other AA events, you might see former Grand Slam doubles champions, players who made a living playing tennis, and a lot of current and former Division 1 college players. You’ll also have the opportunity to see some of our 16- and 17-year-old juniors who are playing as adults under ALTA’s new (and now permanent) program that allows qualified junior players to play AA.

If you’d rather see a level of tennis closer to what you play, we have City Finals at every level contested in ALTA where players still compete for the coveted dinner plate, city champion bag tag, and the pride of winning. Don’t feel badly though for the team that doesn’t leave as a winner. They go home with their salad plates, great experiences, and great memories. Trust me: I won a few salad plates before I ever got to go home with the full-sized one.

ALTA remains perhaps the best sports value in town. For only $30 per year, adult league players get access to four seasons of great tennis per year, many competing in two or more of those leagues each season. In Mixed Doubles, we have play at 26 different levels — there is definitely a level for everyone. Even the best players in ALTA don’t win all their matches while the newest players have a place to compete against other new players.

If you can’t find a team in your area, go the “Find Players and Teams” section of our website (altatennis.org). If you’re still having trouble, ask a friend, a neighbor, or one of ALTA’s wonderful volunteers to see if they might be able to help.

Speaking of volunteers, ALTA remains a largely volunteer-run organization. That’s right! While I can’t say enough about our group of six paid employees, the rest of the work is done by volunteers. Just like you, they started out as ALTA players, but over time developed a passion for ALTA and have taken the opportunity to give back. In the case of Mixed Doubles, that’s 20 coordinators supporting four overall coordinators. And a few of them have been at it for more than 40 years.

Now is a great time to plan for winter Mixed Doubles. See you then!