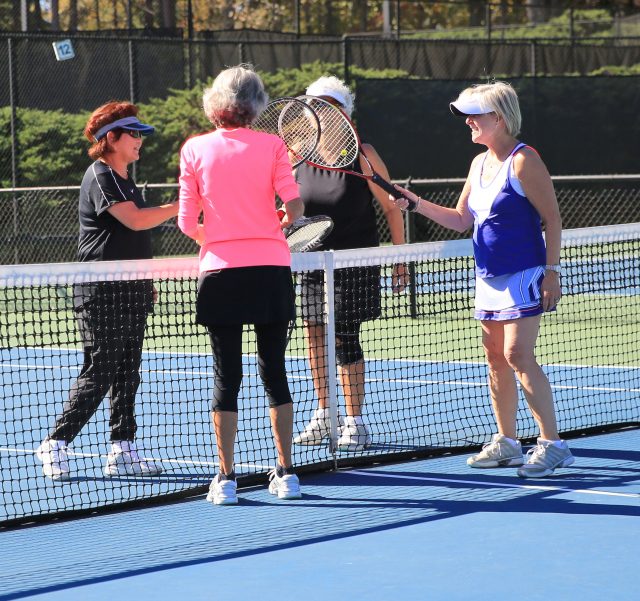 The ALTA Senior Day Leagues are two leagues which continue to grow in popularity. During the fall season of 2021, there were 4,751 players playing between Senior Day Men and Senior Day Women. Both leagues have a season in the fall and in the spring, which are the two seasons with the best weather of the year. If you plan to start a new team, you need to have at least eight players on the roster. The only requirement for both leagues is that a player be at least 55 years of age in the year that they play. Both leagues play three lines of doubles for their matches. Senior Day Women play at 10 a.m. on Tuesday mornings. Senior Day Men play at 10 a.m. on Wednesday mornings.