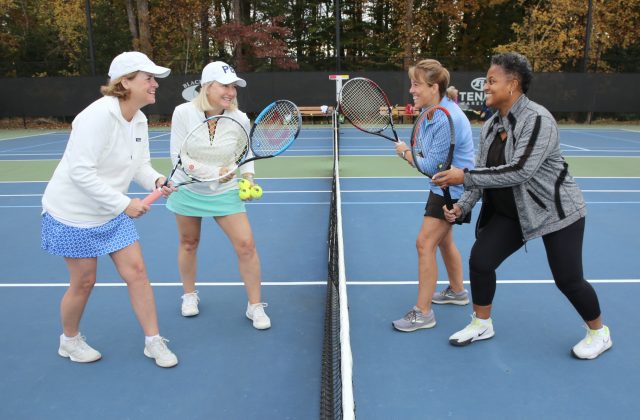 Every ALTA season brings something new, and for some teams this is a change in level. Our objective is to bring teams together for both a competitive and geographically viable season of tennis. I would like to give members an explanation and hopefully clarify some questions of how we go about this team organization process that we call leveling.

If a team has a successful season, the computer system will initially place a returning team at a higher level. This assignment may be more than one level up depending upon several factors, including a team’s winning percentage during the previous season, being a division winner, and ending up as a City Finalist or City Champion. For a team that ends up at the bottom of a division and/or has a low percentage, they may end up being assigned to a lower level. The addition of higher-level players to the team roster also will have an impact on where the system initially will place a team.

The computer system generates this preliminary placement report, which is the basis for the final placement that is derived through the work of overall coordinators and the individual league’s vice president. The overall coordinators and league VP take the time to consider the impact of the addition of higher-level players to a team by researching the player’s history. They also read and assess each request for review. It is no small feat that all this is achieved within a few weeks after the roster deadline!

Once all teams are assigned the appropriate level, the computer then assigns each team at a particular level into different divisions based on geography. This can be the most difficult part of the process, as some levels contain a team that unfortunately has no other teams nearby. We also try not to have too many teams out of the same facility in the same division. We look at each division on a map and try to find the best fit geographically, while keeping in mind what is appropriate to keep the integrity of that level. This may result in adjusting a team up or down a level to make that happen. We are aware that ALTA serves a large area of tennis players, and we do everything we can to keep travel distance to the minimum.

The Thursday League may find over time that there is a disproportionate number of teams at a particular level. This may result in a large-scale re-leveling of the entire league. Your team may find in a future season that they have been assigned a different level even without a winning or losing season. You may be sure that each change in level for any team is a process that carefully considers not only each individual team but the league as a whole.

This last fall season was particularly challenging for all, and I know it was not easy to be a captain with back-to-back weeks of rained out matches. The playoffs did not escape the capricious weather, and it seemed that it always rained on a Thursday! I applaud all your efforts as players and captains to work together to get rained out matches played in a timely manner. Please remember and appreciate the number of volunteers that help our league run so successfully. Wishing you all the best for sunny skies on match day!