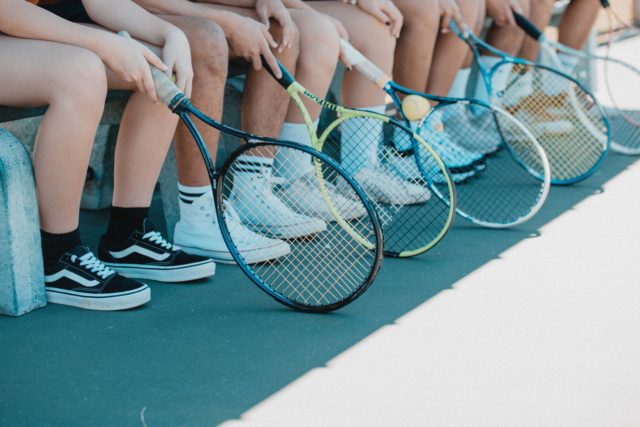 This has been a challenging year for ALTA and our members. However, one key component of ALTA league play has remained, and that is good sportsmanship. We love to hear from our members when they encounter extraordinary examples of good sportsmanship while either playing or organizing their matches. Please reach out to your coordinator or a league VP if you wish to nominate an ALTA member for a good sportsmanship award. You also can find a nomination form at altatennis.org > ALTA Documents > Captain/Manager Handbooks > Sportsmanship Nomination Form.

Congratulations to the 2020 sportsmanship award winners!

Alpharetta North Park
Men B7
Player Tim Cummings
Nominated by Douglas Carty, Lost Mountain
I’d like to recommend Dr. Tim Cummings for an ALTA Sportsmanship Award. My partner and I played against him and his partner in the 2020 Summer Mixed playoffs round 2 in August. It was an extremely hot and humid morning, and we were playing in full sun. Late in the second set (we had won the first), my partner started showing signs of heat exhaustion. Dr. Cummings recognized the problematic symptoms and immediately took action to treat her potentially serious condition. She responded well to his skilled treatment, even though that took longer than what I believe is the standard ALTA 10-minute medical timeout. This deciding line 4 match was settled in a 10-point match tiebreak, which my recovered partner and I won 10-8. Tim placed my partner’s health and well-being above his own keen desire to win.

Senior Women A5
Bitsy Grant, Allison Kelly
Burdette TC, Cynthia Reese-Johnson
Summergrove, Kim Hinchey
Canongate/Mirror Lake, Anne Wood
Nominated by Senior Leagues Coordinator Gina Clance
I am the senior women’s coordinator for the A5 level. The day our schedules were posted, 3 of the 4 teams in one division let me know they didn’t have home courts available due to COVID restrictions. I talked with all four captains, and we decided they would work it out amongst themselves. I want to commend these ladies for the way they worked together, found different courts to play on, drove to the away courts when home courts weren’t available, and communicated very well each week. They were all so happy to be playing tennis again, and they did whatever it took to get their matches in. Bitsy Grant even made it to City Finals!

Fowler Park, Thursday Women, AA3
Captain Tammy Gormley
Players Linda Leonard and Kim Ensley
Nominated by Jeri Finlay from The Fields I
My team was scheduled to play Fowler Park on Thursday, and on the prior Sunday I saw that I would not have a full lineup. I contacted Tammy Gormley, the Fowler Park team captain, and she said she would do her best to play a line early on Wednesday. We were all scheduling make-up matches from the prior week’s rainout, but she said she would make it work. One of my 4’s had a fever and wasn’t going to be able to play on Wednesday. I called another player to fill in and I thought we were all set. Wednesday morning, my original line 4 player showed up to play, but our sub wasn’t there; she was at home and 45 minutes away. The Fowler Park players and captain decided that they would rather wait for our player to arrive and play tennis. Not only did this prevent a default of line 4, but at line 5 as well. Tammy and her players showed the true spirit of ALTA tennis.

Seven Oaks, Thursday Women, B1
Captain Maura Litt
Nominated by Heide Rudnick from Cambridge
We couldn’t field a team over spring break and were disappointed when we realized that match was against our biggest rival and neighboring subdivision. They have a roster with 22 players and no motivation to get in a match early. After learning what a pickle we were in, Maura scheduled the match a week before the ALTA season kicked off, but we were completely rained out. Maura told me not to worry and reached out to her team again. One by one, the calls starting to come in, and four lines were completed. Seven Oaks had lost all those lines for matches they could have won by forfeit. Every one of their players showed up here and was as gracious before the match as when it ended.