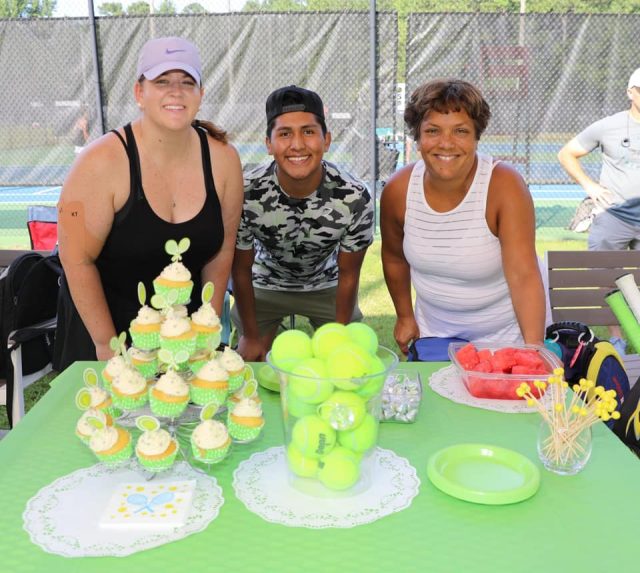 This is my first year as the Mixed Doubles Vice President for ALTA. I’m really pleased to see that we had 984 teams for the winter season, which is more than we have had for this league than at any time since 2018. That’s great. It’s not great enough.

Frankly, those numbers are nowhere near where they were back in the early part of this century when we often had more than 1,300 teams. I want to get back there, or at least close. In fact, I’ve said that I’d like to grow Mixed Doubles by 20 percent during my tenure.

Let me address customer service first. It was my emphasis when the Mixed Doubles coordinator group gathered in late November to prepare for this winter season. There are more than 21,000 of you who are playing Mixed Doubles and you are being served by about 25 volunteers and an office staff of six. Given those challenges, you still have every right to expect that your problems and concerns are important to us and that to the extent that the rules allow, we will resolve them to your satisfaction.

When we get that right, it’s probably because of the hard work of the office staff and your coordinator and overall coordinator. When we don’t, that’s on me. So, when we do get it right, please show your appreciation for the volunteers and office staff who help you. When we don’t, please email me at mixedvp@altatennis.org. Your concerns are truly important to me.

Ultimately, great customer service keeps existing members happy. However, it doesn’t necessarily attract new members until they experience it as members. Some of those future members haven’t yet joined because they don’t know about ALTA. Please tell them. Some haven’t joined because they don’t think ALTA is the right league for them. Please tell them it is.

I also mentioned above that we need great ideas. All of the ideas that are now part of ALTA became a part because somebody had the idea and raised it. Some of your ideas may be about ALTA generally. Other ideas may relate to Mixed Doubles specifically. I’m sure most of you are thinking nobody will listen to you. If that’s your assumption, you’re wrong.

I say that with confidence because if you have a valid idea and you want to be heard, send it to me if you can’t decide who might listen. I might not agree with you, but if I don’t know what your idea is, there is no chance that I will agree with you. I promise that I will read it and unless it is clearly a joke, you will get a reply.

Who knows? Your idea might be the one that helps us to grow the league by 20 percent. And, if it is, I am going to want to thank you personally. I’ll want the league to know what you did.

How else can you help? Go out and play in this league and have fun. And make sure that you help to make it fun for your opponents as well. See you in the summer!