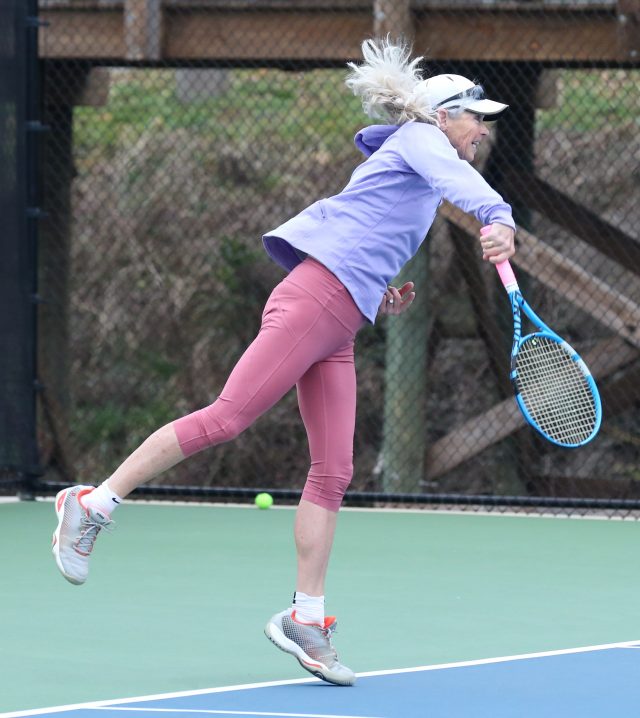 The 2021 summer Senior Leagues were a great success! We saw both the men’s and women’s leagues grow. The women added 900 players and 49 new teams, while the men added 700 players and 41 new teams. It’s such a thrill to see more Atlanta area folks out on the tennis courts!

As with every summer in Georgia, rain created some chaos in the first weeks of the season, but teams worked together and were able to complete matches with few problems. Thank you to everyone for your flexibility and cooperation!

Thank goodness 2020 is behind us, and we were able to hold City Finals at central locations! Harrison and Sandy Springs Tennis Centers were the sites of some great championship tennis and lively fellowship. Congratulations to all the 2021 City Champions!

ALTA Senior League tennis doesn’t end when summer fades, as winter Senior Mixed Doubles is right around the corner. Registration for the winter leagues starts on September 21 and continues until October 16. Match play begins January 8 and finishes up March 1. This fun league offers a slightly different format: one line of women’s doubles, one line of men’s doubles and two lines of mixed doubles. Participants must turn at least 45 in 2022, and teams only need 10 players (five men and five women) to form a roster. Matches are played at 10 a.m. on Saturdays, which is late enough to avoid the winter chill and early enough to still have time to enjoy other activities after an energizing tennis match! Join us on the courts in 2022!