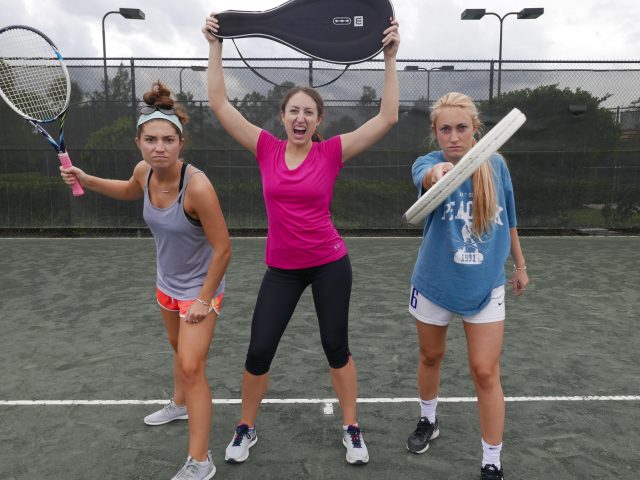 It was a fun summer to be at so many elite tennis events. For instance, the Truist Atlanta Open really has become a tennis party, and the fans have responded in a positive way. Additionally, the Open has perhaps one of the most unique venues in tennis at Atlantic Station location, with a wonderful view of the Atlanta skyline.

The Citi Open in Washington, D.C. has been going on since 1969, and this year had Rafael Nadal playing. The nation’s capital never disappoints with its timeless monuments to the country. Thousands of fans showed up for qualifying weekend and to watch Rafa practice. The US Open Series by the USTA is doing an amazing job with its lead up to the last major championship of the calendar year. The US Open just hits winner after winner.

I do want to touch on Naomi Osaka. I’ve known her since she was playing the small pro events with her sister as a young teenager. When you’re climbing the mountain toward your dreams, there is a lot of information on how to keep the course — how to stay strong and get back up after a setback. There is absolutely no information or advice on how to handle prosperity and the pressures that come with it. The top players in the world have a different life than even the other players on tour. The demands are enormous. When you are a driving brand that sells the game and the products you endorse, the spotlight can be very bright. Every match is scrutinized and statistics are broken down. For example, practice sessions like Nadal’s in D.C. can draw 4,000 people. It’s hard to work on a stroke or tactic with your coach on court when there are thousands of fans screaming for your wrist band.

The ability to balance, and more importantly organize, each detail is vital. I remember trying to warm up for matches and feeling bad that kids wanted autographs, but I had to focus on warming up for the match. I also recall feeling like I was letting down my sponsors when I would lose a match. I wish for Naomi to have a talk with Roger Federer or Serena Williams. They could mentor the young 23-year-old to a pathway of calm in the middle of so much attention. I often spoke to veterans on the pro tour about their approach to various challenges I was having as a tour player. Wisdom is so valuable and is only gained through traveling the road one experience at a time.

Australian Open doubles champions from the USA, Scott Davis and David Pate (known as the “Nasty Boys”), were a little older and always there for advice. It really helped to have conversations with people going through the same pressures. Many players at all levels just lose the love for the sport. The recent occurrences of several athletes dealing with mental health issues are very real. The discussions that can be had now would help people find ways to negotiate those mental mind fields. Having as much fun as possible was always a powerful tool for me. No matter how bad I was losing on the court, I always reminded myself to smile and have fun! Try that the next time you are frustrated on the court. Flip that switch and find a way to have fun while losing; you may just find a way to win!

Keep going for the lines!