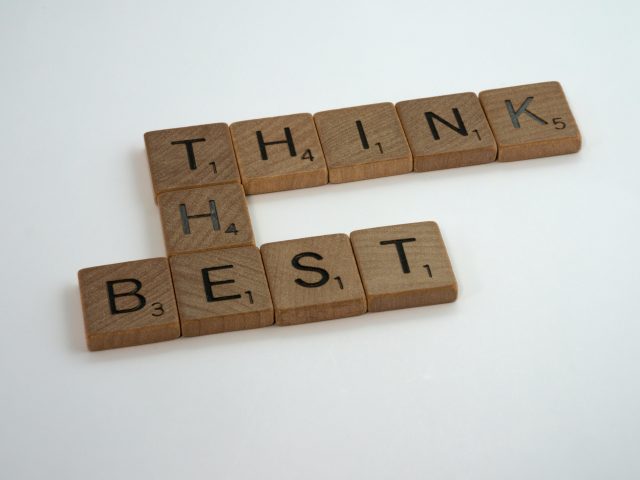 In his book, “The Bottom of the Pool,” Andy Andrews writes about playing a game your opponents don’t even know is being played. Wouldn’t it be great if you went into a tennis match with a tool that your opponent didn’t even know existed or had complete disregard for its importance? It would be like one builder with a hammer and the other with a nail gun! But how deep do we really go when strategizing for a tennis match? There are so many opportunities beyond simply knowing how to hit the ball and where to hit it. Understanding the “game within the game” can lend you a sizeable advantage over your competition.

Always know where the sun sits. Depending on the time of day, one side of the net could be glaring right into the sun. When your opponents are on that side, hit a lot of lobs. When you’re on the sunny side, try to keep the ball low to avoid having to look up and be blinded.

Did you know that no tennis court is flat? They are all pitched for drainage purposes. It’s subtle but look closely and you can see it. We industry people refer to it as the “high side” and “low side.” Really scientific! When your opponent is on the low side, a drop-shot is excellent because they will be running uphill to retrieve it. Add that with the tactic from the previous paragraph and you literally could beat someone because you made them stare into the sun and run uphill.

Let’s continue with these high-side and low-side tactics. On the high side, it’s much easier to come to the net as you’ll be running downhill. If you like to serve and volley like me, did you ever notice one side of the net seemed easier than the other? You also can serve more aggressively on the high side, for essentially the same reason, plus you are a bit more above the net. When on the low-side baseline, you are hitting uphill so put more arc on your groundstrokes to avoid net errors. More examples could fill the page, and while they may seem utterly meaningless compared to the forehand you’re trying to perfect, multiply these tactics over the course of match and it could make a substantial difference.

You may have had a coach tell you that no error is the same; hitting the ball into the net is worse than hitting it out. On the surface, it is because if you just get the ball over the net you have somewhat of a chance that gravity will pull it into the 39’ X 36’ (doubles) space that is your opponent’s court. And, if your opponent is at the net, you have a good chance they will “flag it,” meaning to strike a ball that possibly was headed out of bounds.

But let’s dive deeper, to the “bottom of the pool.” In a match, you play with just three balls and players must retrieve those balls after each point. If you hit the ball into the net, you are punished with that “walk of shame” to pick it up, magnifying negative thought and further distracting you from moving on to the next point. Now, hit the ball over the net but out of bounds, and your opponent has to retrieve the ball. You lost the point, but made your opponent clean up your mess! Unless that was match point, you can use this time to refocus for the next point and hopefully get a pep talk from your partner. The next match you play, think about how many times you gather the balls between points versus your opponents. The team that has to pick up balls the least, typically wins. 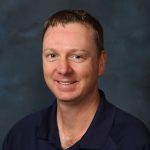 How did you get involved in teaching tennis? Only way my parents allowed me to stay at school in the summer was if I was working. So, I got a job at a small tennis club teaching summer camp and doing court maintenance. It grew from there.

Diehard fan of what sports team? Atlanta Braves and all sports of the Auburn Tigers!

Best part of your game? Serve

Dream doubles match would be me and… Roger Federer against the Bryan Brothers. Why not play with the best against the best?

When I’m not teaching tennis, I’m… Grilling. Every meat (and most veggies) deserves to be grilled. I also enjoy fly fishing and spending time with my family.

My favorite tennis memory is: My senior year at UNA, I won the deciding line in a 3rd set tiebreaker against Delta State to send our team to the NCAA National Championships. It was the last match left and all my teammates watched the 3rd set from the adjacent court then swarmed me when we won!

My favorite professional player is: Pete Sampras. He played with such explosiveness and athleticism. One of the first to really show that on a tennis court.

#1 reason why I enjoy teaching & coaching tennis: Tennis creates a sense of community and I love being at the center of that, helping players achieve their goals or guiding them to a great experience. I enjoy seeing the relationships built on the court segue into other aspects of life. People become life-long friends due to a happenstance of being on the same tennis team.

What important tennis message do you want to promote? With kids, tennis is a sport that teaches them a broad range of athletic skills. Such as an overhand arm motion for serving that’s similar to throwing, having to play the ball off both sides of their body, being able to track the ball before and after it bounces. Rather than seeing tennis as a sport to specialize to be great, we can position tennis as a vehicle to give kids opportunities to be successful in any sport of their choice.