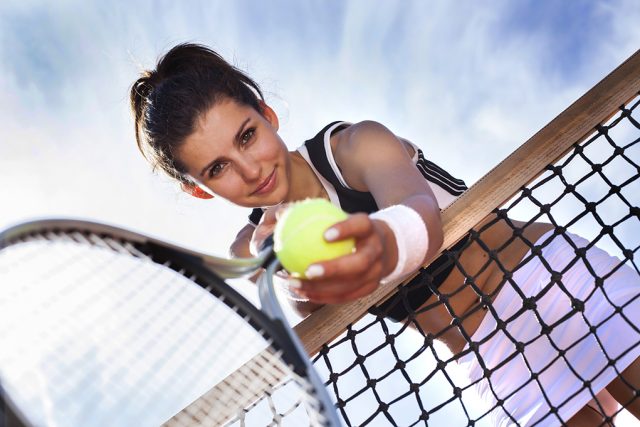 One question I’m often asked by parents is: “Should my child be playing up an age group?” When a child starts outperforming others in his or her own age group, a natural first reaction is to consider moving the player to a higher age group.

I’m going to answer it very simply. What are the long-term development goals of the child? When you see great players in 10U, 12U and 14U brackets, these children have generally hit more balls then the other kids in their age group.

When kids play ahead of an age group, there are two problems that are usually brought up — a physical disadvantage and the emotional pressure. But the biggest issue I see when children play ahead of their age classification is that they often skip stages of their overall skills and other development.

In simple terms, the better the athletic foundation, the better the player will be. When a young player skips these important stages, you are damaging the chances of their sporting success in later years. Parents who are adamant on putting their children in higher age groups often feel like their child is too good for the rest and will somehow have less pressure because they “have nothing to lose when playing the older kids.”

What I generally see that happens is that parents lose track of what is most important in my opinion — player development — and they begin to chase results. I’m sorry to say it, but the opportunity to brag about having a talented kid may be a factor.

Development is a process I feel should not be rushed. Each player develops at their own pace. Parents need to remember to keep things simple and fun for their child. The more you push and overlook the simple things, the higher the chance of burnout. As an example, I like to use my fellow Australian, Ash Barty, who, at age 15, won women’s junior Wimbledon and was the No. 1 junior in the world. At 18, she took an indefinite break from tennis, mainly because she was tired of the travel and the pressure of success, not just from her family, but from a whole country. Now I realize this is at the top end of the scale, however, it goes to show that even the best children can get pushed too hard.

I like to ask my young players what age group they want to play in. And I ask them what they think are the positives and negatives of each. In most cases, they will pick their own age group.

As an adult in my late 20s, I now have the opportunity to look back at my junior tennis career and my experiences at school. I don’t have fond memories of my failures, it’s my successes that encouraged me to keep focus and work hard at tennis. Before overlooking long-term development, for what may be seen as short-term success, remember what’s important.