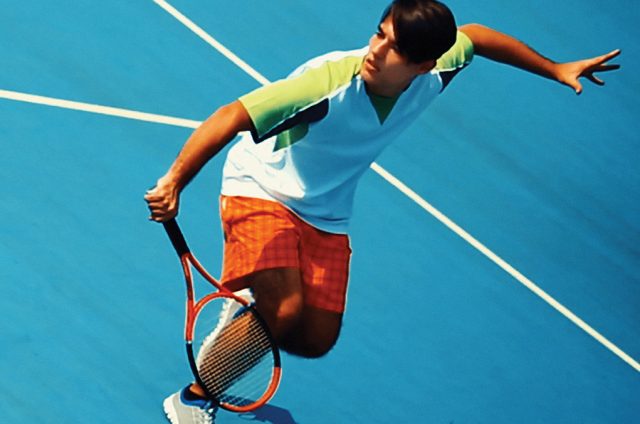 If you watch the top tennis players, they split step on every stroke of the opponent. When they land from the split step, they are in an athletic position on the balls of their feet with flexed knees and feet at least a racquet length apart. This will enable a player to get off to a strong, explosive first step, which is the most important step when you move to a ball.

In addition to the physical advantage that a split step gives a player, it gives a mental edge, too. If you focus on timing the split step properly, you will remain mentally engaged in every shot during the point. It will keep you in the present, which is so important. You are not focused on the past or the future. You will quickly know “how” and “where” the ball will bounce for each shot during the point.

To increase the consistency and power of your shots, practice timing an athletic split step around the start of your opponent’s forward swing. As you get into better position, you will hit more consistently in your strike zone and your results will dramatically improve.