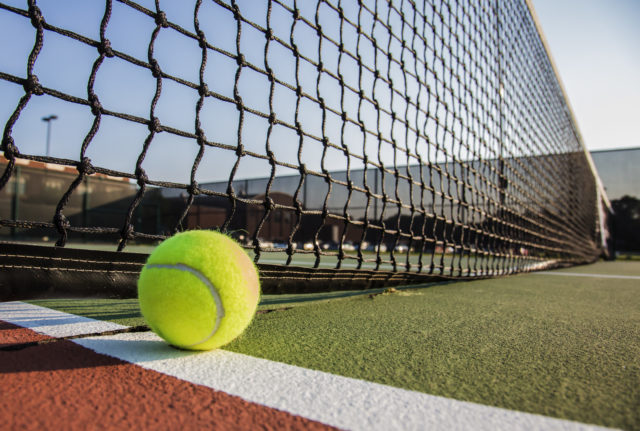 Foot Fault Clarification
There are certain tennis rules that often solicit a gray area, so we are clarifying a recent answer regarding foot faults. A member asked what he can do when his opponent definitely is foot faulting.

Linda Shepherd, First Vice President
This can be difficult to call because a foot fault, as explained in

Found under part 2, The Code, 24.  Calling foot faults. The receiver or the receiver’s partner may call foot faults only after all reasonable efforts, such as warning the server, have failed and the foot fault is so flagrant as to be clearly perceptible from the receiver’s side. After the warning to the player, if the server continues to foot fault, you can call a fault on the serve. If the server foot faults on a second serve, that would be considered a double fault, and the point would go to the receiving team. ALTA encourages fair play and good sportsmanship in all matches.

Hopefully, a polite warning to your opponent will keep those feet in place.

Are Signed Scorecards Required?
A new captain asked her opponent if they could review and sign the scorecards. The opponent’s captain said it was no longer necessary. Are signed match scorecards still required?

Susan Levin, Sunday Women’s League Vice President
Yes. The match scorecard must be completed and exchanged before the start of the match. At the end of the match, the scorecards are reviewed by both captains and signed for approval. This is important to resolve any discrepancies that may occur.

This can be found in the 2022 Adult Rules, III. Captains. B: Each team must have a captain or acting captain present at the beginning of every dual meet. Captains or acting captains must exchange written lineups for all positions simultaneously before the start of the dual meet. Failure to do so may result in forfeiture of points. Scores of each match must be recorded, and captains or acting captains must sign the scorecards. Then scores of each match must be entered and reviewed on the ALTA website immediately after the dual meet. (In case of violation, refer to rule V.C.)

Replay The Point?
During a match, while the ball was in play, another ball rolls onto the court and a let is called. My partner was serving and had previously served a fault. Our opponents said we were only entitled to a second serve, after the let was called. Are they correct?

Tammi Copelli, Junior Leagues Vice President
No. The server is entitled to a first serve. The entire point must be replayed. Friend at Court page 25, THE LET 23: In all cases when a let is called, except when a service let is called on a second service (during the second serve), the whole point shall be replayed.

Rain-Out Reschedule
What happens if we schedule a match early, and it gets rained out?

Gina Clance, Senior Leagues Vice President
You schedule a match early due to a holiday or other situation only to end up with a rainout. What now? Found in the ALTA Captain’s Handbook, page 36: Matches played in advance of the regularly scheduled date and have been delayed or interrupted by inclement weather, all parties must wait one hour to determine if conditions improve. If conditions have not improved, or the courts are not playable after waiting the required one hour, then the match or matches must be played before or on the originally scheduled date. Regular default rules will apply.