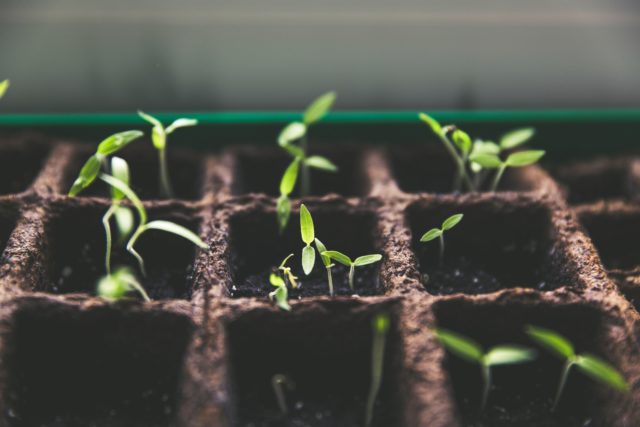 The ALTA Foundation continues to provide seeds to programs that are changing the tennis landscape throughout Atlanta and its surrounding communities.

COVID-19 changed the landscape for non-profits, and while many of us returned to the courts in 2021, the special needs, disadvantaged, and many under-served youth organizations still were sidelined. Much like a garden, these groups, while their ground had been cultivated, were waiting; waiting for their seeds — seeds in the form of vaccination approval, safety protocols to be implemented, funding to be secured, and a return to socialization and tennis.

The ALTA Foundation spent 2022 sowing “seeds” back into these cultivated gardens in our communities. We are thrilled many of the foundation’s perennial programs returned, and many packets of new seeds have been planted!

When roots are strong, partnerships flourish. For more than 20 years, the partnership between the ALTA Foundation and Special Olympics Georgia, has continued to grow. After a two-year hiatus, the return of the 2022 Special Olympics Summer Games held at Emory University in May was a huge success. The ALTA Foundation serves as the primary sponsor of these tennis games. Additionally, more than 150 ALTA volunteers supported the event, bringing joy to special needs athletes from all over the state of Georgia.

BlazeSports America youth wheelchair and veteran tennis clinics, the three-day Special Pops Tennis Fall Classic, Tennis People Friday Funday, and the 16th year of Keeping Pace at Pace Academy, which are all deep-rooted foundation programs, were back at full participation levels and growing.

Seeds also were sown back into our communities where landscapes had changed dramatically and where needs were the greatest. AYTEF’s Briarlake springtime pilot, Rising Stars Tennis Association after-school program, and Get A Grip Tennis Association fall tennis in Lithonia, are a few of our new partner programs. They share the goal of not only keeping kids active through tennis but providing life lessons and safe havens for participants at their facilities. A new wheelchair tournament at Lost Mountain Tennis Center also sprouted to life in August with direction from the Cobb County Tennis Association and support from the ALTA Foundation.

The Foundation START (Support for Teaching Recreational Tennis) Program for Title I high schools continues to branch out. After a successful pilot of two schools in 2020, the program grew to four schools for the 2021/2022 school year and looks to possibly double to eight for the 2022/2023 high school season.

Eight $2,500 scholarships were awarded though the L. Keith Wood Scholarship program. Thanks in large part to generous donations from the Wood family, more than $120,000 has been awarded from the foundation to outstanding high school seniors over the past six years.

The ALTA Foundation continues to provide seeds to programs that are changing the tennis landscape throughout Atlanta and its surrounding communities. We plant local where we can make a difference; we watch these seeds grow to benefit our extraordinary tennis community.

Why I Give To The ALTA Foundation

Scott Nevetral, my husband, died on Aug. 10, 2017. Besides his love for his family, Scott’s next greatest passion was tennis. Scott started playing ALTA in the fall of 2001. He played in every league in which he was eligible: Men, Mixed Doubles, Senior Men, Senior Mixed, and Senior Day Men. He captained and co-captained many of the teams. Scott also was an active USTA league player and played on a 55-and-over team that won state.

I met Scott in 2009 at the WP Jones Park tennis courts. He was playing with a high school student on the court next to me. The next time I saw him, he was practicing with his USTA mixed doubles team. From the day we started dating in June 2009, we were each other’s biggest supporters. We began playing on the same mixed doubles teams so we could play together. We joined various flex leagues and didn’t miss many seasons. He was my constant cheerleader, not only for me, but for my women’s teams. After every match, whether it was singles, doubles or mixed, we would discuss how to improve. His passion for the sport led him to provide court maintenance of the clay courts at the Georgia Gwinnett College Tennis Center. He subscribed to various coaching websites and shared ones that he thought were beneficial with me. In 2017, he decided to take the steps to become a USTA official and had completed several of the initial online courses.

When Scott died, I lost my husband, best friend, mixed doubles partner, and cheerleader. The local tennis community lost a competitor who was always gracious no matter the outcome. I wanted to do something to honor his memory and his passion for the game, and as such, I provide annual gifts to the ALTA Foundation in memory of Scott Nevetral.

The ALTA Foundation supports the growth of tennis in underserved populations in the Atlanta area through its various programs and scholarship offerings. The generosity of our ALTA members make it all possible. Donations, general or directed, are appreciated. Gifts of securities are also accepted. You can now also make a donation online when you are renewing your ALTA membership.

For more information on donating to the ALTA Foundation, contact Rita Maloof, 2022 ALTA Foundation President at Foundationpresident@altatennis.org, or 770.399.5788 Ext. 126.

Chicken Tortilla Soup for those who don’t cook