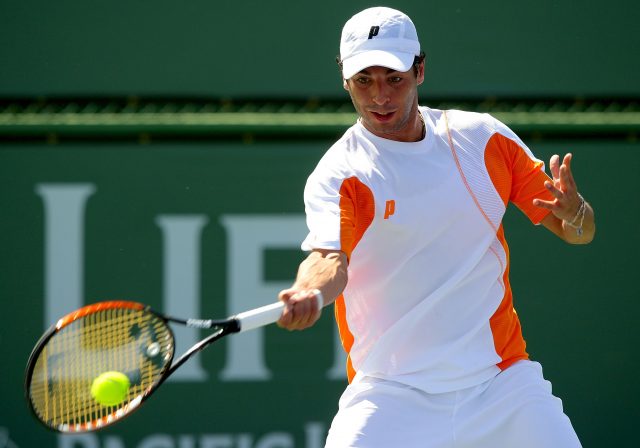 As usual, I am pumped as I sit to write the latest Jensen Zone. I have so many things to cover, but only so many words. Recently, I have been developing a strategy for players who have the daunting task of going into the arena against a steadier or more experienced opponent. Allow me to explain.

Tennis is straightforward. Players who hold serve and break serve win. Digging deeper into that is the critical 15-30 point. Players who can capitalize in that scenario win the close matchups. Imagine if you could be the server who could get out of a 15-30 jam and hold serve. Imagine you are returning at 15-30 and can jump on your opponent and get the break of serve.

Let’s stick with a situation where you find out early in the contest that your current level of play, well … it’s just not going to be enough to win. This is where the disrupter strategy comes in. For me, the word “disrupter” brings to mind a troublemaker, an unpredictable person, a nuisance. In my case, when I was in certain matchups, I knew I needed to be a disrupter to give me the very best chance to win. That meant playing a game that was completely opposite of what my opponent wanted to play. Tennis players like rhythm and getting in a groove. Anything you can do to disrupt the other side’s pattern is good for your game.

First, set up a battle plan where you try a different tactical approach on every point. Maybe start with a drop shot as soon as the opportunity presents itself. At the next point, try a moon ball high to the backhand, then, on the next point, a serve and volley or saber blitz play where you come to the net on a short ball. You could then combine a series of shots, like one top spin and one under spin, through the rally. Next, consider going cross-court the entire point followed by going down the line the entire point.

Bottom line, there are so many ways to throw off the other side. Once you have tried all these plays, take mental notes about what works for you. If you find something that wins the point, keep doing it! Playing disruptive tennis can be creative and fun, not to mention that it will help you explore new areas of your game and expand your shot selection.

Now, let’s talk about the Americans at this year’s US Open! If you had a crystal ball and saw such a great run by the stars and stripes, I hope you cashed in. While there was always hope that we had enough talent to turn the corner, I still have to say it: Wow. Four amazing American women in the semis, and not one was Serena!

Everyone played with such great courage and confidence. I will never forget how American tennis power flexed its muscle in the 2017 US Open and declared to the tennis world that the American charge is on!