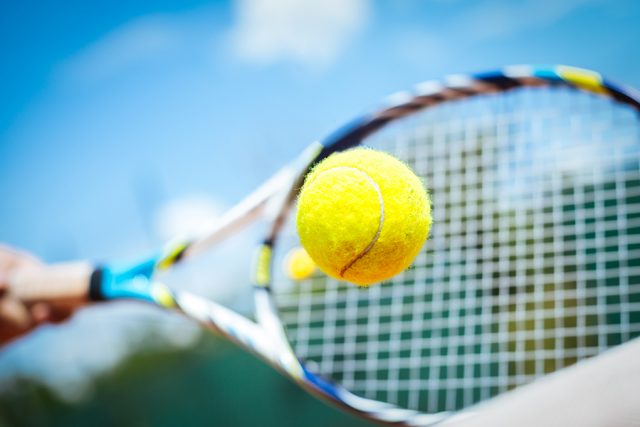 I love this time of year. The weather is warming up and there is such a positive energy on the courts, and on the pro tour, the American tournaments in Indian Wells, California, and Miami are so much fun for the players.

I was a player who loved the road and being on the tour. From week to week, there was an awesome new adventure. Some players needed more time off the tour, but I didn’t feel good when I was away from the tour. I always felt that the week I took off was the week I could have won another tournament. I was so locked in for the slams; the on- and off-court training. Even my mental and tactical approaches changed to approach every slam with a winning-it-all environment.

This mindset changed for me at Indian Wells and Miami. For some reason, I just had more fun at these events. I had mixed results on the court during my career, but off the court it was a time of the year where it charged me up for the long European tour that would go from March until July. A new tournament each week in another country needed a full tank of emotional fuel.

During Indian Wells and Miami, I would sky dive, swim with dolphins and play in the tour rock band at the Hard Rock Players Party. Sometimes this was done the day of or before matches. It was a blast!

Fans were always on spring break from a long winter, and these tournaments are really geared for the fan. You can get right on the rail for practices and matches to see tennis stars. I found this atmosphere made a strong connection between player and fans.

If you get a chance to book a spring tennis trip, I highly recommend making plans for the East or West Coast. They both have their own personality and are considered the fifth and sixth-most important tournaments on the pro tour today. I promise you won’t regret the up-close vibe you will receive from these events that you won’t receive at the powerful slams.

I will leave you with a Roger Federer observation. I lost a ton of sleep watching the Australian Open with all the upsets in both the men’s and women’s draws. It was worth it watching Fed come back after six months away from the tour. Now 35 years old, he continues to amaze. Remember Andre Agassi reached a slam final at 35 and was still very competitive. Fed, like Agassi, watches the nutritional and fitness approaches for an aging, beat-up body. I see a Fed who is taking the ball earlier and on the rise. Some tennis circles call this “off the bounce” — it allows Fed to take reaction and recovery time away from his opponent. Next time you watch Fed, look for this kind of ball control and see if you can implement it into your game.