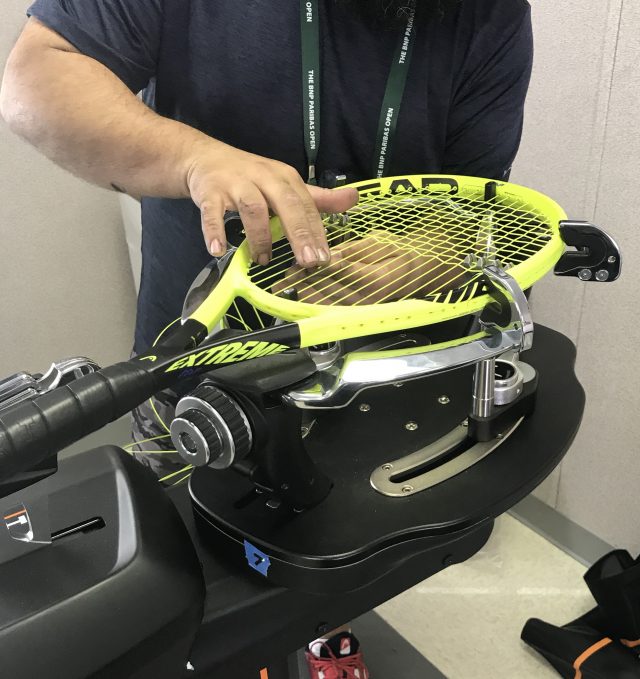 HEAD was the official stringer of the BNP Paribas Open for the fifth consecutive year. During this March event in Phoenix, Arizona, 10 professional stringers from all over the world (representing the USA, Canada, UK, Hong Kong, Taiwan, and Japan) strung 3,483 racquets over the course of 23 days.

On the busiest single day, HEAD stringers strung 318 racquets, and the top stringer strung 40 racquets. With the weather being a little cooler than in years past, the stringing team was busy ensuring racquets were always strung perfectly to match the needs of each individual tournament player. The highest tension strung during the BNP Paribas Open was 65-lb mains and 64-lb crosses, and the lowest tension strung during the event was 29-lb mains and 27-lb crosses.

During the event, HEAD Penn announced that it had extended its premier sponsorship of the BNP Paribas Open. With the new, multi-year agreement, HEAD Penn will remain the official racquet and official ball of the event, providing Penn Tour tennis balls for all the matches and on-site promotions throughout the event. In addition, HEAD Penn will continue to have a strong retail presence on-site at the Indian Wells Tennis Garden, offering fans a wide array of HEAD performance tennis racquets, string, accessories, and Penn tennis balls and autograph balls.

“HEAD Penn has been a long-standing partner of the BNP Paribas Open, and we look forward to continuing our relationship,” said BNP Paribas Open Tournament Director Tommy Haas. “They play an important role in our tournament and we have the highest level of trust in their products.”