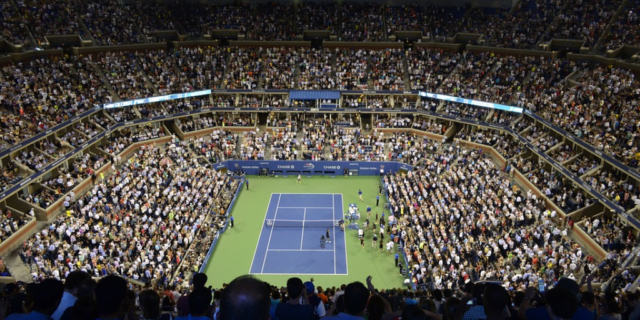 Tennis rock stars: How was your summer? Can you believe the US Open already is upon us? The Open marks the “finish line” for the majors in the calendar for the pros. During my pro tour days, my siblings and I would play World Team Tennis and build confidence through the U.S. summer series of events, hoping to peak at the end of August just in time for the US Open. I always felt Wimbledon was the half-way point for the calendar year with the Open and a proving ground for my entire mental and physical talent. It was my last chance to add a major to my trophy case for that year while getting a great lift from the American fans.

New York fans ask only two things from you — to play your guts out and to win! New Yorkers hate losing; they want their tennis heroes to face the pressure and come out victorious. I felt my brother and I played extremely well in the US Open because the expectations of fans drove us to deliver a better performance. Winning matches in New York in late August and early September feels like conquering the world. The tennis gods will test every tennis player’s toughness with conditions that make it tough to time the ball. For example, it’s hot and humid during the early days of the tournament and turns into cold and windy conditions during the second Tuesday of the Open. You can bet on it! Therefore, players need a laser-like focus on their approach to every point to produce the best tennis they can.

How does the US Open build on an extraordinary Wimbledon? Look for the big three on the men’s side to navigate any tricky spots in the draw with heady play and patience. Will this be the major event where a youngster from the next generation takes the next step? Well, they all stumbled at Wimbledon, but the kids are eager and confident. On the women’s side, it is really hard to overlook 15-year-old Cori “Coco” Gauff. The young American captivated the tennis world with amazing play at Wimbledon. Coco won more games off the eventual Wimbledon champion than Serena did. However, for my money it will always be about Serena. The last 12 months, she has been solid with two finals at Wimbledon, finals of the US Open, and semifinals of the Australian Open. If she stays healthy and can prepare for New York, I say look out!

Enjoy everything at the US Open, and if you’re lucky enough to attend, take a peek at the Avenue of Champions in the Doubles Champions area for a special dedication to the most influential role model who is solely responsible for making all the Jensens winners.