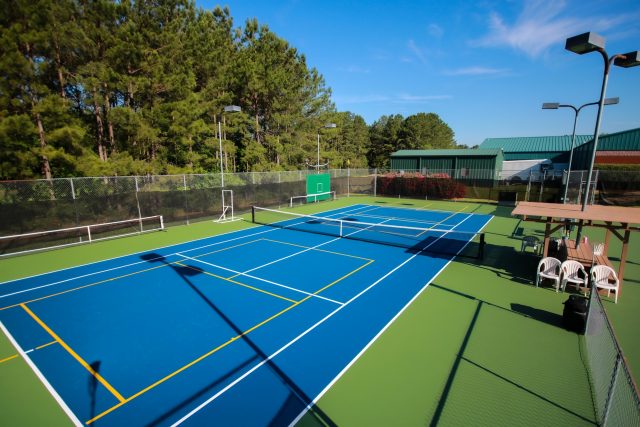 Last year around this same time, the world stopped — including spring tennis. But this year, the pro tour jumped out of the gates in a massive way with 388 matches in the warm-up events leading up to the 2021 Australian Open. Watching the best tennis players in the world find ways to stay in rhythm and fitness while quarantining was something I will never forget. I’m just not sure who is going to pay for the drywall damage from players hitting tennis balls in their hotel rooms, but I digress. I saw loads of footwork drills and practice swings being done. I hope all of you who follow your favorite tennis stars took some of their indoor quarantine training and put into your tennis training routines.

I always have found the toughest transition in tennis is going from indoor play to outdoor play. The outdoor elements — wind and sun — can be a challenge, especially when I’ve been playing indoors for the winter. Windy conditions make the ball seem to “dance” all around and force players to move their feet more to set up to hit all shots. These small steps are called “adjustment steps.” It’s easy to see an elite player do this; they never miss. Accomplished players can make the ball “talk” with various placements, changes of pace, and the use of spins that disrupt opponents. Did you know that you can hear the sign of a top player? The next time you are watching world-class tennis on TV, close your eyes and listen. What did you pick up besides the ball being stuck? Did you hear the squeaks of their shoes? Those are the many small adjustment steps top players take to set up for shots.

The next time you step on the court and rally, you can count the number of steps you take between shots. Club players take, on average, seven to nine steps. College players take between nine and 11, and the pros take 11 to 15 steps between strikes of the ball. This is an emphasis on moving into position for a wonderfully stuck ball. The best when I played was Jimmy Connors, while Roger Federer — who never seems to miss-hit a ball — is one of the best in today’s game.

Speaking of today’s game, tennis participation numbers really shot up through the pandemic. I saw a statistic recently that tennis participation among Americans is up 46 percent compared to 2019. That also includes more players in tennis leagues around the USA! As the country warms up, bring a buddy out who has never played tennis and show him or her how FUN tennis can be!

Until next time. Stay safe out there and go for winners!