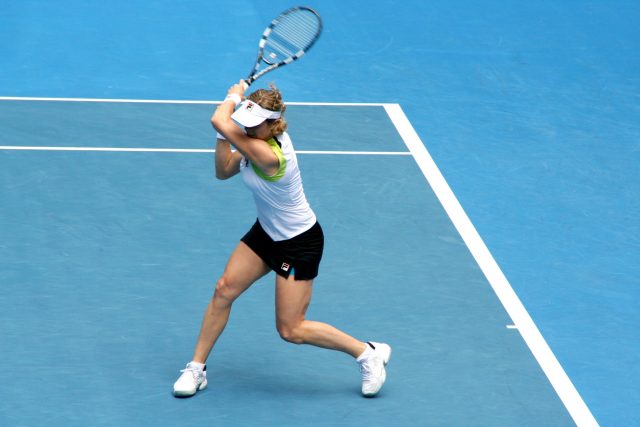 Each week, we watch more than 200 people play in ALTA matches at our club. On most occasions when the matches are over, we talk with the players about how they won or lost. Many times, I am baffled by the responses and wonder if the players were talking about another match, because the review I was hearing was not the reality I just witnessed. Some of the adjustments a team would make did not seem to go along with any of the points we watched in the match. In the post-match conversations, players were certain that the lob killed them or that their opponents could hit any shot from anywhere down the line with great accuracy.

As our staff was discussing this, we started asking players about where they were getting the information they used to make adjustments. What we found was that most of them were not paying any attention to what was really happening, or they were using cues that were not helpful. Players have been told so much to watch the ball that they are never taking their eyes of it — even when it is traveling to their opponents. They could not tell us how their shots affected their opponents or if they were in an offensive or defensive position. So in our lessons, we started asking why people were doing what they were doing after almost every shot, and we found that players were so focused on if their ball went in, that they did not know what was happening on the court. Most of the time, they were not even correct as to where their ball actually landed. They also tended to not move from their current position until they were sure it was in.

One of the best ways we found to fix this was to have them focus on “eye discipline.” We had them try and watch the ball as it was coming to them, but really focus on the body/court position of the opponent as the ball was going away from them (or if their partner was hitting the ball, we wanted them to stay focused on the other players all the time). This gave them a better source of information; what they found was that they saw things developing much faster this way. If they saw the opponent leaning way back, they would know to expect a lob prior to the ball ever hitting the court. If they noticed the opponent moving forward with the racquet prepped early, they would expect a solid drive or the ability to change direction. If they saw them running forward with their head down and racquet way out in front, they would expect them to push the ball to cross-court as they struggled forward.

All these cues came from the opponent, not the ball. Most of our net players suddenly felt faster, as they were able to tell what was about to happen much sooner. What they also discovered was that the location of the ball was not nearly as important as what it did to the opponent. A ball landing around the service line can be a great shot if the opponent is moving forward and the shot lands at their feet. They will have to get low to play the ball from below the net. On the contrary, a ball hit at the service line when the opponent is at the baseline can be an offensive approach shot for your opponent. The ball lands in the same place both times, but the outcomes can be different, based on the position of your opponent. You will see this difference much clearer if you are paying attention to your opponent and not the ball. It will take some training, but seeing the patterns that body positions create will help take your anticipation and movement to the next level. 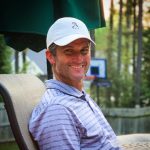 How did you get involved in teaching tennis? Dave Dvorak asked me to help him teach some night ALTA lessons at Atlanta Country Club.

Best part of your game? Serve and volley

Dream doubles match would be me and… John McEnroe

When I’m not teaching tennis, I’m… Watching my daughter compete in archery and my son play travel baseball.

My favorite tennis memory is: Winning the deciding match to send my Texas high school team to the state finals.

#1 reason why I enjoy teaching & coaching tennis: Enjoy watching my students progress and have success with the skills I help them learn.

What important tennis message do you want to promote? Tennis is a great sport that will teach you how to problem-solve on your own and you can develop skills that will last a lifetime.