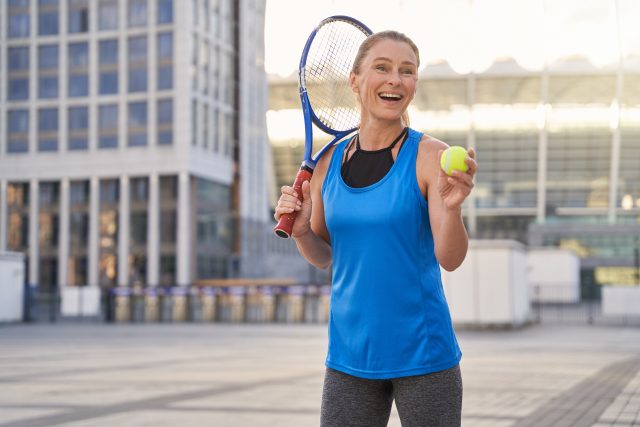 I had a “big” birthday in the Fall of 2021, and hopefully everyone reading this has big birthdays ahead! I’ve heard that 60 is the new 40, but I’m certain that the saying didn’t come from a 40-year-old! I’m not as fast as I used to be. I don’t jump quite as high, and my serve doesn’t have the pop that it did when I was 40. Despite these disconcerting facts, I can still play the sport that I love at a fairly high level. And so can you!

We just need to add some things to our game to make up for some of the things that are working against us. When I was younger, I would tell my students: “Add a shot, jump a level!” Now, when talking to my students who are, like me, in the third set of life, the line is, “Add a shot, stop the clock!” I used to tell people to add a wrinkle or two to their game, but the last thing we need at this stage of life is more wrinkles!

So, the next question is: “What should I be adding to my game?” Since Atlanta, with ALTA leading the charge, is primarily a doubles town, I offer two options for players of a certain age.

The drop shot off of second serves
Anybody out there like being on the receiving end of a good drop shot? Me neither. I still move pretty well, but there is no answer for a well-placed drop shot. Moving someone side to side in a doubles match is a difficult prospect, and wide misses are likely to occur if we insist on trying. Covering 18 feet of court space (half of a doubles court width) is not that difficult, but a player standing three feet behind the baseline (a fairly standard rallying position) is 42 feet from the net. An average drop shot still means a run of more than 30 feet! Why a second serve? It is the only guaranteed short ball we have in a point, and most players that I see are not going too big or serving & volleying off of a second serve.

Becoming a triple threat off the ground
If you’ve ever played against players who only do one thing well, finding a solution is usually not that difficult. If I’m playing a banger who is just ripping the ball, I can close in tight without fear of getting lobbed over. If I am playing a “lob first” player, I can station myself at the service line and wait for the inevitable overhead. If my overhead is solid, I shouldn’t have any major issues controlling the points. But when I come up against a player who can drive, lob, and angle the ball with some level of disguise, I know that I may be in for a rough ride. If I close too quickly, they may lob. If I hang back looking for a lob, that opens up the angle for them. If I cover the angle, they may drive it hard through the middle. It all adds up to the uncomfortable realization that I am no longer in control, and not being in control of the action in a tennis match usually means one thing — a loss.

In conclusion, add these shots to stop the clock and control more points! Your local certified pro is ready to help! 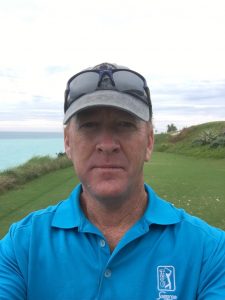 How did you get involved in teaching tennis? Started teaching in high school.

Best part of your game? Volleys

Dream doubles match would be me and… the late Ken Flach, Walt Disney, and Charles Schulz

My favorite tennis memory is: Hitting with Rod Laver when I was 12.

#1 reason why I enjoy teaching & coaching tennis: There is nothing better than helping someone improve their game and achieve their goals.

What important tennis message do you want to promote? If you learn the sport correctly, the sky is the limit!