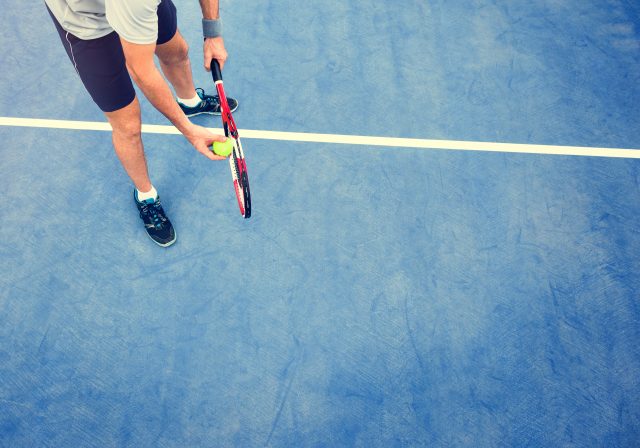 I played in my first ALTA match in 1999. We were tied 2-2 with the other team, with my line deciding the outcome. The score was tied 4-4 in the first set when my partner, Brian, and I finally garnered a break point. The server had one of those wicked, lefty slice serves that was giving me a lot of trouble. So, I decided to take a calculated risk: I stood a yard to the left from where I normally stood, leaving the serve up the “T” totally exposed. The server looked at me for a second, smiled, and proceeded to blast an attempted ace up the “T”. It was out by 2 inches. On his second serve, I didn’t budge; he was not smiling. He then tried to hit his customary, wide slice and it hit the top of the net and rolled back. We won the set and the match 6-4,6-4.

Tennis matches are frequently won and lost by players making the right adjustment at the right moment. So, why don’t more players try it more often? The answer is twofold. The first reason is fear of embarrassment. The late, great Vic Braden once said, “Tennis players would rather lose than look foolish.” So, if you are losing your serve playing standard doubles and your team decides to start poaching, you may get burned down the alley and look (and lose) even worse! This is a realistic fear, but if you allow it to take over, you will not be open to making adjustments. The second reason is just plain not knowing what adjustments to make! Here are some problems you may encounter and their solutions:

Service: The returner is having no problem directing their return of serve and you are struggling to hold serve. I did a clinic years ago with Stan Smith (He won Wimbledon in 1972 and had an exceptional serve.). He told me if you’re having trouble holding serve, adjust the place that you serve from. So, if you normally stand halfway between the service line and the net, try standing next to the center mark (like singles) or behind the doubles sideline. It doesn’t change the speed or spin of your serve, rather, it changes the angle of your delivery.

Volleys: The returner is blasting the return right at you, and you are having difficulty getting the ball in play. The solution is to back up a yard. If you’re still having trouble, back up two yards. If that doesn’t work, back up behind the baseline.

Groundstrokes: The opposing baseline player is out rallying you. The solution is, mix your shots up; throw in slices and lobs so your opponents don’t get into a groove.

Tactical Adjustments
Opposing net player is nailing you and your partner when your side is returning serve. I used to employ a tactic we called “George Lott” after the famous 1930’s doubles champion. You play two back in tandem on the return, hence taking away the target from the poacher and forcing the other team to hit a series of overhead smashes. It drives players crazy!

Return of server burns you and your partner down the alley. The solution is (after you’ve yelled at your partner for continually serving wide), leave the alley wide open and then shift into the alley just before the net player hits their return there.

So, next time you play a (preferably practice) match, be fearless and give a few of these adjustments a whirl. You may be pleasantly surprised! 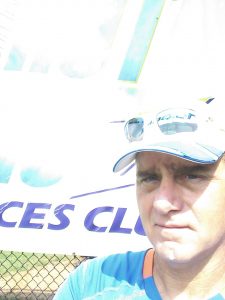 How did you get involved in teaching tennis? Coached high school tennis initially and thought it would be fun to do full-time.

Best part of your game? Making my opponents run.

Dream doubles match would be me and… “Pistol” Pete Sampras

My favorite tennis memory is: Playing doubles with my sons, Chris and Cameron.

#1 reason why I enjoy teaching & coaching tennis: It’s absolute joy to provide students with the tools they need to enjoy the game more.

What important tennis message do you want to promote? Tennis is without a doubt the best sport ever invented. Whether young or old, you can be competitive regardless of age, gender, or physicality. It’s a sport for life.